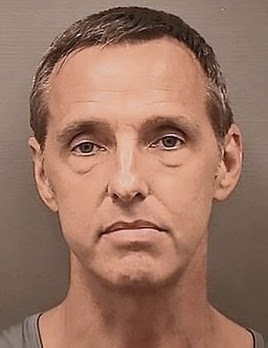 Kevin Patrick Mallory, 62, of Leesburg, Virginia, was sentenced today to 20 years in prison to be followed by five years of supervised release after being convicted under the Espionage Act for conspiracy to transmit national defense information to an agent of the People’s Republic of China.  Assistant Attorney General for National Security John C. Demers, U.S. Attorney G. Zachary Terwilliger for the Eastern District of Virginia and Assistant Director in Charge Nancy McNamara of the FBI’s Washington Field Office made the announcement after sentencing by Senior U.S. District Judge T.S. Ellis III.
“Former U.S. Intelligence officer Kevin Patrick Mallory will spend the next 20 years of his life in prison for conspiring to pass national defense information to a Chinese intelligence officer,” said Assistant Attorney General John Demers.  “This case is one in an alarming trend of former U.S. intelligence officers being targeted by China and betraying their country and colleagues.  This sentence, together with the recent guilty pleas of Ron Hansen in Utah and Jerry Lee in Virginia, deliver the stern message that our former intelligence officers have no business partnering with the Chinese, or any other adversarial foreign intelligence service.”
“Mallory not only put our country at great risk, but he endangered the lives of specific human assets who put their own safety at risk for our national defense,” said. U.S. Attorney Terwilliger.  “There are few crimes in this country more serious than espionage, and this office has a long history of holding accountable those who betray our country.  As the Chinese continue to attempt to identify and recruit current and former members of the United States intelligence community, those individuals should remain vigilant and report any suspicious activity to the appropriate security officials.  This case should send a message to anyone considering violating the public’s trust and compromising our national security by disclosing classified information.  We will remain steadfast and dogged in pursuit of these challenging but critical national security cases.”
“U.S. Government employees are trusted to keep the nation's secrets safe,” said Assistant Director in Charge McNamara, “and this case shows the violation of that trust and duty will not be accepted.  The targeting of former U.S. security clearance holders by foreign intelligence services is a constant threat we face, and the FBI will continue to preserve and combat these threats head on.  I would like to thank the men and women of the FBI, and our counterparts at the Department of Justice, for their years of hard work to investigate and prosecute this case.”
Mallory was found guilty by a federal jury in June 2018 of conspiracy to deliver, attempted delivery, delivery of national defense information to aid a foreign government and making material false statements.  The district court subsequently ordered acquittal as to the delivery and attempted delivery of national defense information counts due to lack of venue.
According to court records and evidence presented at trial, in March and April 2017, Mallory, a former U.S. intelligence officer, travelled to Shanghai to meet with an individual, Michael Yang, who held himself out as a People’s Republic of China think tank employee, but whom Mallory assessed to be a Chinese Intelligence Officer.
Mallory, a United States citizen who speaks fluent Mandarin Chinese, consented to an FBI review of a covert communications (covcom) device he had been given by Yang to facilitate covert communications between the two.  Analysis of the device, which was a Samsung Galaxy smartphone, revealed a number of communications in which Mallory and Yang talked about classified information that Mallory could sell to the PRC’s intelligence service.  FBI analysts were able to determine that Mallory had completed all of the steps necessary to securely transmit at least five classified U.S. government documents via the covcom device, one of which contained unique identifiers for human sources who had helped the United States government.  At least two of the documents were successfully transmitted, and Mallory and Yang communicated about those two documents on the covcom device.
Evidence presented at trial included surveillance video from a FedEx store in Leesburg where Mallory could be seen scanning documents classified at the Secret and Top Secret level onto a micro SD card.  Though Mallory paid to have the paper copies of the eight documents shredded, FBI agents found a carefully concealed SD card containing those documents during a search of Mallory’s home, the day of his June 22, 2017 arrest.  A recording was played at trial from June 24, 2017, where Mallory could be heard on a call from the jail asking his family to search for the hidden SD card.
Mallory has held numerous positions with various government agencies and several defense contractors, including working as a covert case officer for the Central Intelligence Agency (CIA) and an intelligence officer for the Defense Intelligence Agency (DIA).  As required for his various government positions, Mallory obtained a Top Secret security clearance, which was active during various assignments during his career.  Mallory’s security clearance was terminated in October 2012 when he left government service.
Assistant U.S. Attorneys John T. Gibbs and Colleen E. Garcia, and Trial Attorneys Jennifer Kennedy Gellie and Evan Turgeon of the National Security Division’s Counterintelligence and Export Control Section prosecuted the case.
Posted by Paul Davis at 5:56 AM