Biden Is Badly Fumbling The US Pullout From Afghanistan 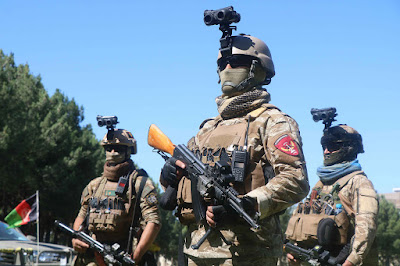 Rich Lowry offers his take on Biden’s pullout of Afghanistan in his column at the New York Post.

Barely a day passes without news of more Taliban gains in Afghanistan. Perhaps the Afghan government and its forces will prove more resilient than many expect, but if the country continues its slide toward chaos or, worse, the Taliban rapidly take Kabul, President Joe Biden’s decision to withdraw a residual US force will look like an amateurish, unforced error by a man who prides himself on his foreign-policy experience and acumen.

With his top military leadership opposed and credible warnings that Kabul could fall within months after a withdrawal, Biden went ahead with it anyway, on the basis of what an aide has called “his gut.”

So far, indications are that the president would have been better off heeding his military advisers than his viscera.

The Afghan war has, of course, stretched on for two decades and become a holding action satisfying to no one. But the cost to the United States of sustaining 3,500 troops in the country without losing anyone in combat for more than a year hasn’t been high compared with the entirely plausible downside of Islamist extremists allied with al Qaeda sweeping to power again in ­Afghanistan.

Biden is badly fumbling the US pullout from Afghanistan (nypost.com)