A Little Humor: Daddy Takes Daughter To The Zoo 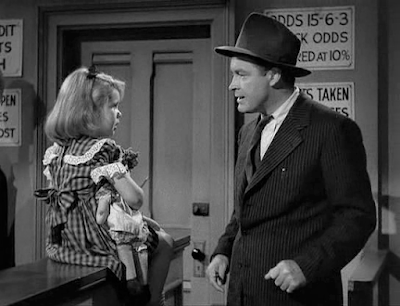 Eight-year-old Mary rushed up to her father and asked him to take her to the zoo when he arrived for his weekend visitation.

Her father, a notorious gambler and deadbeat dad, told his daughter that he didn’t like the zoo and he had other plans.

“I’ve never been to the zoo,” Mary cried. “I want to see the animals.”

His ex-wife, a stern woman, gave her ex-husband a dirty look.

“Alright, I’ll take you to the zoo,” the father told his daughter.

“Did you enjoy the zoo?” Mary’s mother asked her when she returned home.

“It was great,” Mary said. “I loved seeing the animals.”

“Did you and your father have a good time?” asked her mother.

Note: The above photo is of child actress Mary Jane Saunders and comedic great Bob Hope in the film Sorrowful Jones. The film was based on Damon Runyon’s classic short story Little Miss Marker. You can read Damon Runyon's short story Little Miss Marker via the below link:

The above photo is of Damon Runyon.