Fifty Years On, How Frederick Forsyth’s Assassination Classic 'The Day of the Jackal' Transformed Thrillers Forever 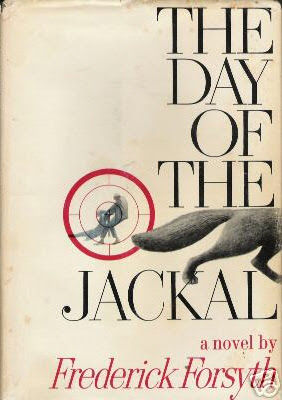 I’ve been a huge fan of Frederick Forsyth’s thrillers since I read The Day of the Jackal in 1972.

I like that Forsyth uses his skills as a journalist to infuse his thrillers with true facts and details about crime, espionage, terrorism and war. Forsyth also offers a good, thrilling and suspenseful story.

I also enjoyed reading his memoir, The Outsider: My Life in Intrigue. Frederick Forsyth has led an interesting life as a journalist and novelist.

It was Friday, January 2, 1970. He was just back from Biafra, sacked by the BBC and smeared by the Government. He had no savings, no place of his own, no job, and no prospect of one.

But a girl put him up in her flat – well, let him doss on the sofa – and the 31-year old’s “situation was so miserable that I decided to do something that even then was seen as crazy by all I knew…I might get out of this mess by writing a novel”.

And an idea had been rattling in his head for over seven years: what might have happened had the Organisation Armée Secrète – France’s far-right lunatic fringe – hired a top, off-the-radar professional assassin to take out President Charles de Gaulle, instead of blundering endeavors to do it themselves?

One of which, indeed, he had witnessed. He now set up a rickety card-table, plonked his beloved portable typewriter atop – there was even a bullet-hole in its case – rolled in a sheet of paper, and typed THE JACKAL. He typed every day for the next 35 days – 10 pages a day – until he had a complete 350-page manuscript.

Then he looked at the first page again, rolled it back into the machine, and made one alteration – THE DAY OF THE JACKAL. “If I say it myself,” he recalled in 2015, “not a single word has been changed since.” 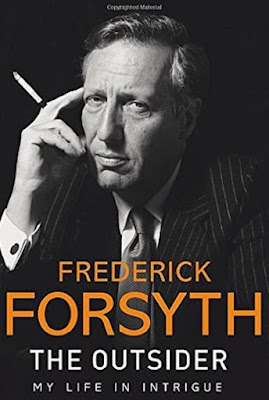 You can also read my Washington Times piece on Frederick Forsyth via the below link:

Paul Davis On Crime: My Washington Times Piece On Frederick Forsyth's 'The Fox' - Cyberspace Is The New Crime Zone, The New Battlefield 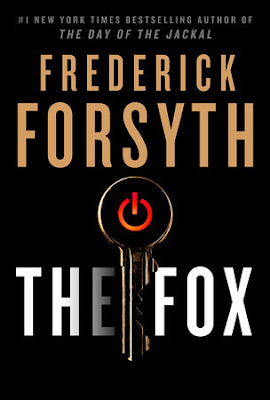 Labels: Frederick Forsyth, John MacLeod, The Day of the Jackal, The Fox, The Outsider: My Life in Intrigue, The Sunday Post