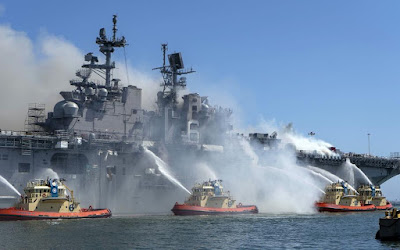 A crewmember of the Navy’s fire-decimated USS Bonhomme Richard has been charged with starting the blaze under the Uniform Code of Military Justice, the service said Thursday.

The charges “were brought forth against a Navy Sailor in response to evidence found during the criminal investigation into the fire” that began July 12, 2020, while the amphibious assault ship was docked in San Diego, according to a statement by Cmdr. Sean Robertson, a spokesman for the Navy’s 3rd Fleet.

The statement did not identify the sailor, and Robertson did not respond to a emailed query by Stars and Stripes.

“Evidence collected during the investigation is sufficient to direct a preliminary hearing in accordance with due process under the military justice system,” Robertson said in the statement. 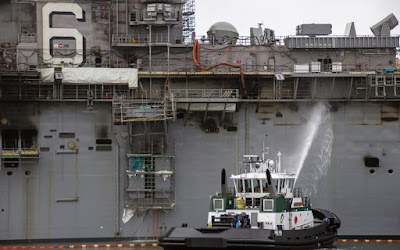