A Look Back At Mel Brooks and Buck Henry's Groundbreaking Spy Comedy TV Series, 'Get Smart' 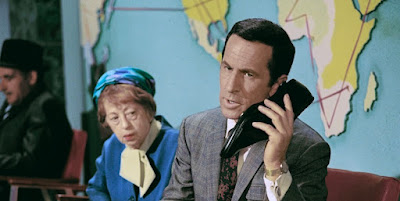 When I was a teenager back in the 1960s, I was a huge fan of the James Bond films, TV’s Secret Agent and other spy thrillers.

Olivia Rutigliano at Crimereads.com offers a look back at the funny and clever series.

In the first few moments of the black-and-white pilot episode of Get Smart, the camera hangs over an audience in a concert hall—Symphony Hall, the narrator tells us, in Washington D.C. Somewhere in the city is the headquarters for a secret counter-espionage organization known as “CONTROL.” And as the camera moves around the audience, capturing the group in evening dress watching in rapt silence as the orchestra plays, the narrator informs us, that somewhere in the audience “is one of CONTROL’s top employees, a man who lives a life of danger and intrigue, a man who has been carefully trained never to disclose the fact that he is a secret agent.”

At that very moment, in the middle of the concert hall, a phone rings. It’s a loud, jangly telephone ring, the kind from a mid-century rotary phone, and it echoes throughout the venue.

Watching this scene in the twenty-first century, it might not seem so jarring; how often have we sat inside crowded theaters and had our viewing experiences disturbed by the loud ringing of a phone? But this episode is from 1965, and so when the phone goes off in the middle of the theater, the patrons look around incredulously. A man stands up and hastily exists the theater and when he does, the ringing travels with him, out into the hall.

Ducking into a supply closet, he takes off his right shoe and removes the bottom, revealing a tiny, compact phone receiver with built-in rotary dial along the sole. “This is Smart,” he says into the shoe (which it is, but then he elaborates): “Maxwell Smart… Agent 86.” He learns from his boss that the evil organization KAOS is up to a nefarious plan, and so promises to get right down to headquarters.

Of course, this will take a moment, because in the course of answering his shoe-phone, he has unwittingly locked himself in the closet.

Get Wise to Get Smart ‹ CrimeReads 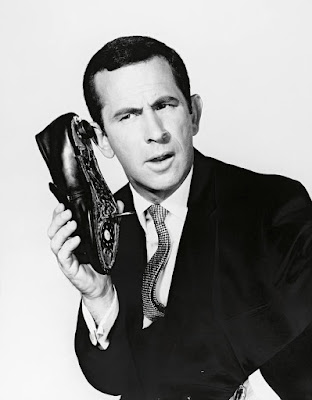 You can also watch a Get Smart clip about “the Cone of silence” from the first episode via the below link: 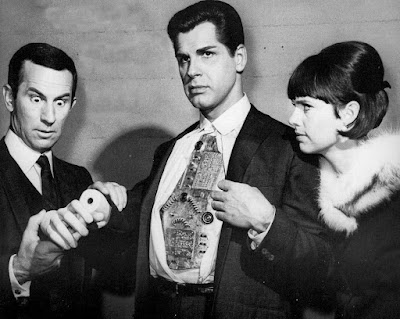