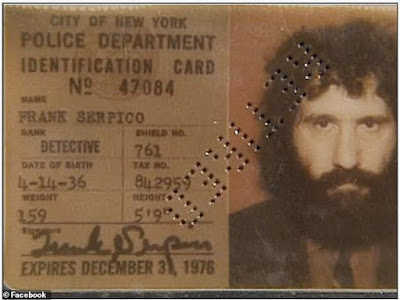 Incoming New York City Mayor Eric Adams has pledged to ensure that whistleblower cop Frank Serpico gets the proper ceremony and medal the NYPD denied him 50 years ago.

Adams, who will take office in January, promised the whistleblower cop via Twitter that he would get a Police Department Medal of Honor certificate.

'@SerpicoDet’s bravery inspired my law enforcement career. Frank — we’re going to make sure you get your medal,' Adams wrote on Saturday.

Adams, a former cop himself, was responding to a prior Tweet from Serpico, 85, referencing a news article that he said failed to mention Serpico's 50-year wait for a properly inscribed medal and a Medal of Honor Certificate from the NYPD.

Serpico exposed the rampant corruption within the New York Police Department to the press and testified before the Knapp Commission in 1970.

In 1971, he was shot below the eye during a drug raid in Williamsburg, and he maintained fellow officers soured with Serpico's commitment to exposing bribery within the department failed to make an 'officer down' call.

Serpico received a medal for his heroism over a countertop, but the NYPD bitterly refused to give him the certificate and the ceremony that usually come with it. But Adams has vowed to make up for the snub and finally honor Serpico. 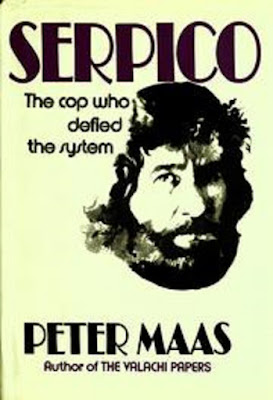 In my Washington Times On Crime column on Frank Serpico, I noted that although I don’t agree with him on some broader issues, I believe that he had and has the courage of his convictions.

You can read my column on Serpico via the below link:

Paul Davis On Crime: Serpico: My Washington Times 'On Crime' Column: A Look Back At Former NYPD Detective Frank Serpico 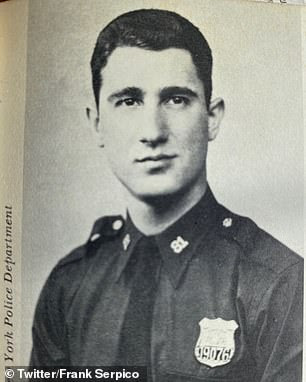