My Threatcon Column: Celebrating 60 Years of the U.S. Navy SEALs 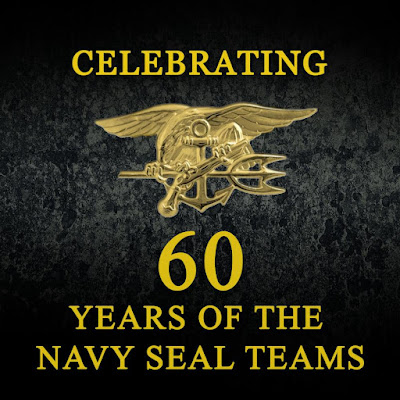 Counterterrorism magazine posted my Threatcon column on 60 years of the U.S. Navy SEALs on their website. You can read the column below:

The Navy SEALs saw combat in the Vietnam War and in Iraq, Afghanistan and other hotspots around the world. The SEALs were in the forefront in the worldwide war on terrorism and it was the Navy SEALs who killed the world’s most wanted terrorist, Osama bin Laden.

“Our nation’s Naval commandos celebrate the 60th anniversary of the SEAL teams this week with President John F. Kennedy’s order to establish SEAL Team 1 and 2 in January 1962,” said Rear Adm. H.W. Howard III (seen in the bottom photo), commander, NSWC. “We’re reminded of the legacy that set our standard and the heroes whose shoulders we stand upon today.”

The Naval Special Warfare community’s history pre-dates the establishment of the SEAL teams by twenty years. In August 1942, the Amphibious Scouts and Raiders, and the Special Mission Naval Demolition Unit were established at Amphibious Training Base Little Creek, Virginia, to perform specific missions during Operation Torch – the allied invasion of North Africa – in November 1942. The Underwater Demolition Teams (UDT) were later formed.

“As we urgently adapt and innovate to meet new threats and missions of greater complexity and risk, we honor the stewardship, integrity, grit and gallantry that the founding members of our community demonstrated in their service,” said Howard. “In marking this milestone, Naval Special Warfare also celebrates our authentic and timeless team – a team anchored on earned trust, candor, creativity and resilience – a humble team with an ironclad commitment to the nation and all we serve.”

Capt. Donald G. Wetherbee, commodore, Naval Special Warfare Group 2, added that throughout the community’s 80-year history, naval commandos engaged in operations from the beaches of North Africa and Normandy, the islands of the Pacific, Korea and Vietnam, Iraq and Afghanistan, to countless other areas of the world – on land and under the sea.

“Today’s SEAL teams, along with other components of Naval Special Warfare, represent a unique ability to access denied environments, providing scalable kinetic and non-kinetic effects that set the conditions to undermine adversary confidence and provide diplomatic leverage in competition, and higher end options in crisis and conflict,” said Wetherbee. “At the same time, the incredible leadership, cognitive attributes and character of our people remain the same as they did from day one of our community’s birth. I’m truly humbled to have the privilege of working with the men and women of Naval Special Warfare every day.”

My interest in naval special warfare stems from my late father, Edward Miller Davis (seen in the below photo in the center of UDT 5), who served as a chief in UDT 5 during WWII and saw combat on Saipan, Tinian and the Philippines.

In my piece in the Journal some years ago on how the Navy SEALs evolved from UDT, I offered the views of the late Commander Robert Marshal (retired), who was my father’s executive officer in UDT and later the Commanding officer of UDT 3. Marshal, who was 83 when I interviewed him, spoke of how the UDT’s number one influence was innovation, and attitude.

I’ve also interviewed a good number of SEALs in my Journal pieces, including Robert O’Neill, the SEAL who shot and killed bin Laden, and Captain Dick Couch.


In my Journal piece on the history of the SEALs, Couch spoke of UDT, the SEALs’ forbearers.

“There was a need for reconnaissance before we put people ashore in WWII,” Couch explained. “This really came into focus during the battle for Tarawa, where we started this long march across the Pacific island-hopping campaign. We suffered horrible casualties at Tarawa because we lacked knowledge of the hydrographic conditions offshore and of the obstacles placed on the beach by the enemy. We quickly needed guys who could go ashore and find out what was there and at some future point, before the Marines went ashore, go back in ahead of them and blow up those obstacles. That is where the UDTs came into being and they ran in front of almost every major amphibious operation across the Pacific.”

Couch said that early in the Vietnam War it was determined that there was a need for an unconventional warfare and counterinsurgency capability. So in 1962 the SEALs came into being with SEAL One on the West Coast and SEAL Two on the East Coast. “They just came of age, got funded and staffed and commissioned as entities and Vietnam was standing right there in front of them,” Couch said. Couch said that the SEALs trained the South Vietnamese SEALs and also participated in the Provincial Reconnaissance Units (PRU) program. This was a CIA sponsored program and the intelligence agency used Marine Recon, Army Special Forces and SEAL advisors.

“This was probably the most effective unit of all special operations deployed during that conflict,” Couch said. “Declassified North Vietnamese documents show that the PRUs were hurting them bad. The guys who lived with those PRUs and went out and fought with them--they were a special breed of fellas.” 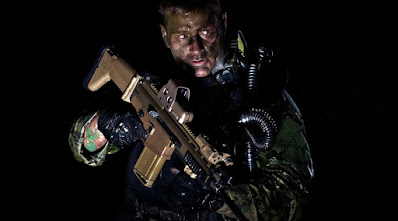 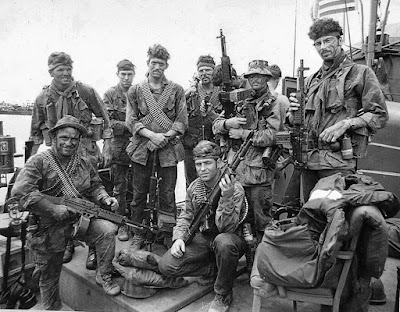 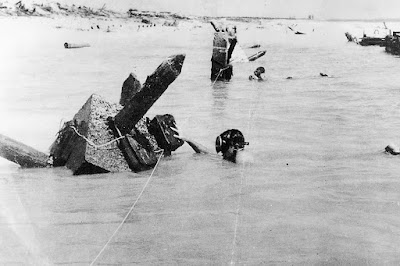 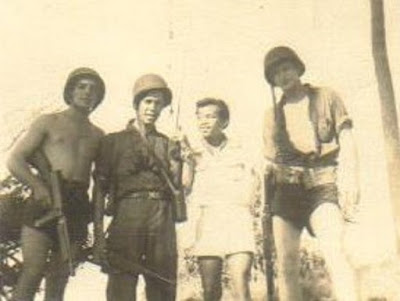 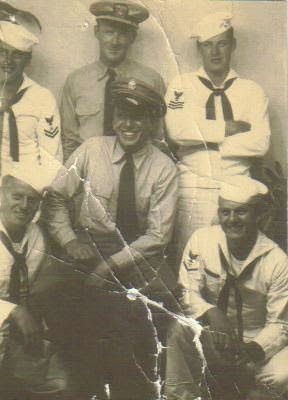 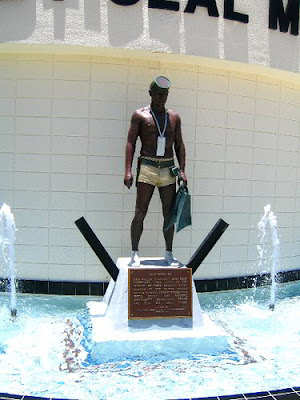 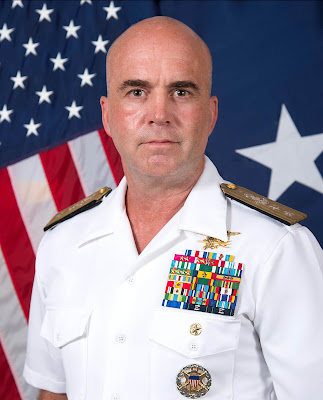