The Last Platoon: A Novel of The Afghanistan War: My Counterterrorism Magazine Q&A With Former Combat Marine And Author Bing West 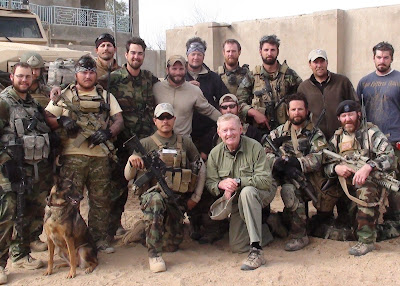 Counterterrorism magazine published my Q&A with Bing West, a former combat Marine and author of The Last Platoon: A Novel of Afghanistan.

You can read the Q&A via the below pages or text: 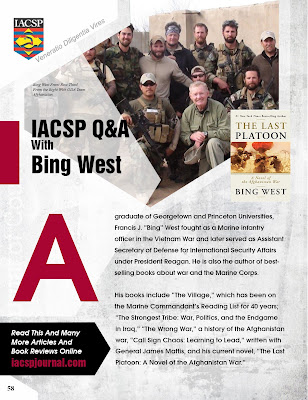 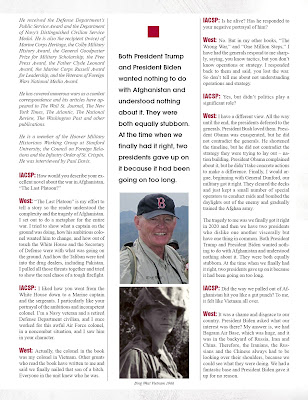 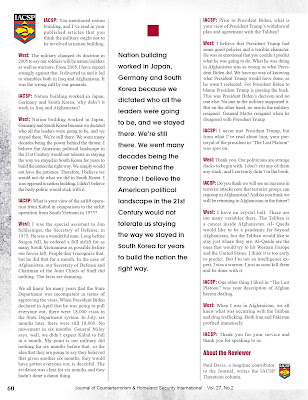 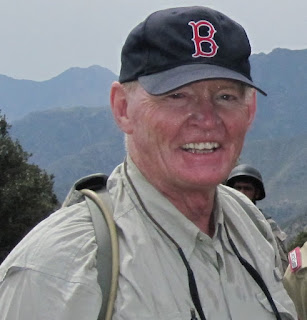 My Q&A With Bing West

A graduate of Georgetown and Princeton Universities, Francis J. “Bing” West fought as a Marine infantry officer in the Vietnam War and later served as Assistant Secretary of Defense for International Security Affairs under President Reagan. He is also the author of best-selling books about war and the Marine Corps.

His books include “The Village,” which has been on the Marine Commandant’s Reading List for 40 years; “The Strongest Tribe: War, Politics, and the Endgame in Iraq,” “The Wrong War,” a history of the Afghanistan war, “Call Sign Chaos: Learning to Lead,” written with General James Mattis, and his current novel, “The Last Platoon: A Novel of the Afghanistan War.”

He was awarded the Public Service Award and the Department of Navy’s Distinguished Civilian Service Medal. He is also the recipient (twice) of Marine Corps Heritage, the Colby Military History Award, the General Goodpaster Prize for Military Scholarship, the Free Press Award, the Father Clyde Leonard Award, the Marine Corps Russell Award for Leadership, and the Veterans of Foreign Wars National Media Award.

He has covered numerous wars as a combat correspondence and his articles have appeared in The Wall St. Journal, The New York Times, The Atlantic, The National Review, The Washington Post and other publications.

He is a member of the Hoover Military Historians Working Group at Stanford University, the Council on Foreign Relations and the Infantry Order of St. Crispin.

IACSP: How would you describe your excellent novel about the war in Afghanistan, “The Last Platoon?”

West: “The Last Platoon” is my effort to tell a story so the reader understood the complexity and the tragedy of Afghanistan. I set out to do a metaphor for the entire war. I tried to show what a captain on the ground was doing, how his ambitious colonel wanted him to change, and how out of touch the White House and the Secretary of Defense were with what was going on the ground. And how the Taliban were tied into the drug dealers, including Pakistan. I pulled all those threats together and tried to show the real chaos of a tough firefight.

IACSP: I liked how you went from the White House down to a Marine captain and the sergeants. I particularly like your portrayal of the ambitious and incompetent colonel. I’m a Navy veteran and a retired Defense Department civilian, and I once worked for this awful Air Force colonel, in a noncombat situation, and I saw him in your character.

West: Actually, the colonel in the book was my colonel in Vietnam. Other grunts who read the book have written to me and said we finally nailed that son of a bitch. Everyone in the unit knew who he was.

IACSP: Is he alive? Has he responded to your negative portrayal of him?

West: No. But in my other books, “The Wrong War,” and “One Million Steps,” I have had the generals respond to me sharply, saying, you know tactics, but you don’t know operations or strategy. I responded back to them and said, you lost the war. So don’t tell me about not understanding operations and strategy.

West: I have a different view. All the way until the end, the presidents deferred to the generals. President Bush loved them. President Obama was exasperated, but he did not contradict the generals. He shortened the timeline, but he did not contradict the strategy they were trying to lay out – nation building. President Obama complained about it, but he didn’t take concrete actions to make a difference. Finally, I would argue, beginning with General Dunford, our military got it right. They cleared the decks and just kept a small number of special operators to conduct raids and bombed the daylights out of the enemy and gradually trained the Afghan army.

The tragedy to me was we finally got it right in 2020 and then we have two presidents who dislike one another viscerally but have one thing in common. Both President Trump and President Biden wanted nothing to do with Afghanistan and understood nothing about it. They were both equally stubborn. At the time when we finally had it right, two presidents gave up on it because it had been going on too long.

IACSP: Did the way we pulled out of Afghanistan hit you like a gut punch? To me, it felt like Vietnam all over.

West: It was a shame and disgrace to our country. President Biden asked what our interest was there? My answer is, we had Bagram Air Base, which was huge, and it was in the backyard of Russia, Iran and China. Therefore, the Iranians, the Russians and the Chinese always had to be looking over their shoulders, because we could see what they were doing. We had a fantastic base and President Biden gave it up for no reason.

IACSP: You mentioned nation building, and I’ve read in your published articles that you think the military ought not to be involved in nation building.

West: The military changed its doctrine in 2005 to say our soldiers will be nation builders as well as warriors. From 2005, I have argued strongly against that. It diverted us and it led to shambles both in Iraq and Afghanistan. It was the wrong call by our generals.

IACSP: Nation building worked in Japan, Germany and South Korea, why didn’t it work in Iraq and Afghanistan?

West: Nation building worked in Japan, Germany and South Korea because we dictated who all the leaders were going to be, and we stayed there. We’re still there. We went many decades being the power behind the throne. I believe the American political landscape in the 21st Century would not tolerate us staying the way we stayed in South Korea for years to build the nation the right way. We simply would not have the patience. Therefore, I believe we would not do what we did in South Korea. I was opposed to nation building. I didn’t believe the body politic would stick with it.

West: I was the special assistant to Jim Schlesinger, the Secretary of Defense, in 1975. He was a wonderful man. Long before Saigon fell, he ordered a full airlift for as many South Vietnamese as possible before our forces left. People don’t recognize that, but he did that for a month. In the case of Afghanistan, our Secretary of Defense and Chairman of the Joint Chiefs of Staff did nothing. The facts are damning.

We all knew for many years that the State Department was incompetent in terms of approving the visas. When President Biden declared in April that he was going to pull everyone out, there were 18,000 visas in the State Department system. In July, six months later, there were still 18,000. No movement in six months. General Miley says, well, we didn’t expect Kabul to fall in a month. My point is our military did nothing for six months before that, so the idea that they are going to say they believed that given another six months, they would have gotten everyone out, is deceitful. The evidence was clear for six months and they hadn’t done a damn thing.

IACSP: Prior to President Biden, what is your view of President Trump’s withdrawal plan and agreement with the Taliban?

IACSP: I never met President Trump, but from what I’ve read about him, your portrayal of the president in “The Last Platoon” was spot on.

West: Thank you. Our politicians are strange ducks to begin with. I don’t cut any of them any slack, and I certainly didn’t in the book.

West: I have no crystal ball. There are too many variables there. The Taliban is a cancer inside Afghanistan. Al- Qaeda would like to be a pandemic far beyond Afghanistan, but the Taliban would like to stay just where they are. Al-Qaeda are the ones that would try to hit Western Europe and the United States. I think it is too early to predict. But I’m not an intelligence expert, I was a warrior. I just as soon kill them and be done with it.

IACSP: One other thing I liked in “The Last Platoon” was your description of Afghan heroin dealing.

West: When I was in Afghanistan, we all knew what was occurring with the Taliban and drug trafficking. Both Iran and Pakistan profited immensely.

Paul Davis, a longtime contributor to the Journal, writes the IACSP Threatcon column 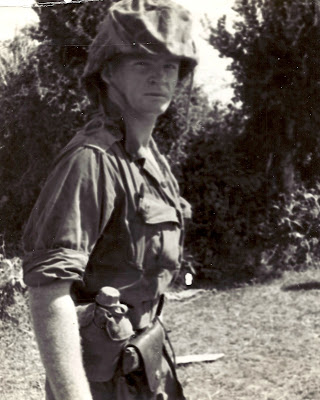 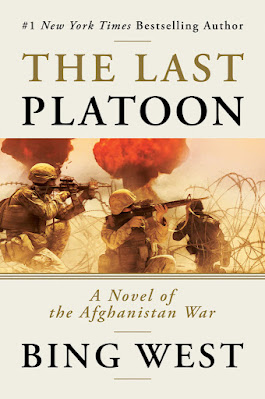 Labels: My Counterterrorism Magazine Q&A With Bing West, The Last Platoon A Novel of the Afghanistan War