Legendary Whistleblower Cop Frank Serpico FINALLY Gets His Formal Medal Of Honor Certificate From The NYPD - 50 Years After He Exposed Crooked Colleagues, Was Shot In Eye During 1971 Drug Raid And Inspired Al Pacino Movie 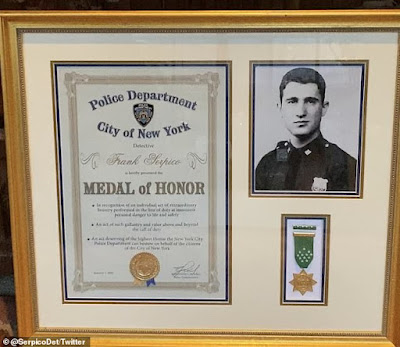 The Daily Mail reports that Frank Serpico, a legendary former NYPD detective, was finally formally awarded his Medal of Honor.

Half a century after Frank Serpico bravely exposed pervasive corruption in the NYPD, he finally received his long overdue Medal of Honor certificate.

Serpico, 85, on Thursday took to Twitter to show off his award, including a gilded frame containing his medal, an official certificate and an old black-and-white photo depicting him as a fresh-faced uniformed police officer.

The honors arrived less than two months after the newly elected New York City Mayor Eric Adams, a former NYPD captain, publicly promised to make sure that Serpico gets his certificate, writing that the whistleblower's bravery inspired his own law enforcement career. 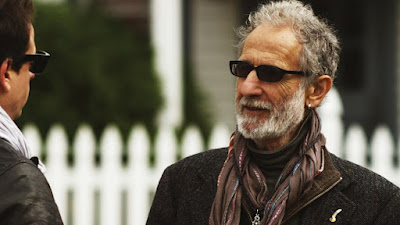 You can also read my Washington Times interview with Frank Serpico via the below link:

Paul Davis On Crime: Serpico: My Washington Times 'On Crime' Column: A Look Back At Former NYPD Detective Frank Serpico 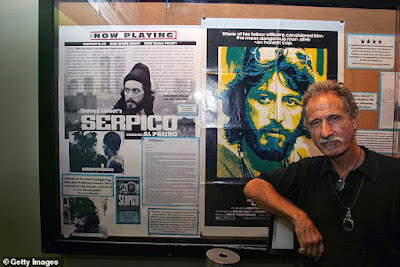