Colombian National Sentenced To 30 Years For Recruiting Crewmembers To Smuggle Over 1,500 Kilograms Of Cocaine On Ill-Fated Oil Freighter “Fat Crow” 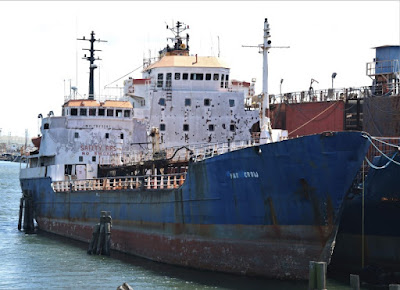 The U. S. Attorney’s Office Middle District of Florida released the below information:

Tampa, FL – U.S. District Judge Steven D. Merryday has sentenced Hector Fabio Garcia Vengohechea (59, Cartagena, Colombia) to 30 years in federal prison for conspiring to distribute and possess with the intent to distribute five kilograms or more of cocaine on a vessel subject to the jurisdiction of the United States. Garcia Vengohechea had pleaded guilty on January 19, 2022.

According to court documents, on August 24, 2017, the U.S. Coast Guard Cutter Tahoma interdicted the oil freighter “Fat Crow” in international waters south of Kingston, Jamaica. There were nine crewmembers on the vessel and 1,504 kilograms of cocaine concealed within. The vessel, registered in the Togolese Republic, was destined for a point off the coast of Honduras.

Garcia Vengohechea, who had a prior federal conviction for drug trafficking prosecuted in the Middle District of Florida, recruited the crewmembers of the “Fat Crow” and helped plan the venture. He also negotiated payments to the crewmembers and met with the crew prior to departure. After his arrest in Cartagena on October 10, 2019, on a provisional arrest warrant in this case, Garcia Vengohechea admitted to FBI and the U.S. Coast Guard Investigative Service agents that he was in charge of providing guidance to the “Fat Crow” crewmembers as well as supplies for the venture.