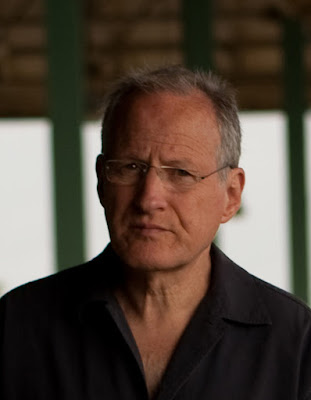 I’m reading Michael Mann and Meg Gardiner’s Heat 2, which is both a prequel and sequel to Mann’s crime film Heat. I plan to cover the novel in my On Crime column in the Washington Times.

Mike Fleming at Deadline.com offers an interesting piece and interview with Mann (seen in the above photo).

The publication of Heat 2 this week marks writer-director Michael Mann’s debut as a novelist, expands the mythology of perhaps his most beloved film, and becomes the first major release of the publishing imprint he set at William Morrow six years ago.

From the TV series Miami Vice and Crime Story to his feature debut Thief, to the Tom Cruise-Jamie Foxx thriller Collateral and the 1995 Al Pacino-Robert De Niro drama classic Heat, Mann’s crime procedurals are informed by an intimate knowledge of cops and robbers that breathes life and multi-dimensional characters with empathy to go with the violence in lawbreaking.

That is the same thing that Francis Ford Coppola and Mario Puzo did with The Godfather films, David Chase for his The Sopranos series, and Martin Scorsese for Goodfellas and Casino, the other crime high-water marks of the last half century. What is interesting here is the difference in how Mann got there as opposed to those other filmmakers. Coppola and Chase have both told me that while the prospect had its attractions, they avoided getting to know or even directly interact with criminals. Scorsese relied on journalist-screenwriter Nick Pileggi, who once told me that Goodfellas was made possible by his good fortune to be included in Henry Hill confessions given with federal law enforcement officers standing over him, promising prison if he lied.

Mann’s crime canon has instead relied on direct interaction that began when he first met Charles Adamson, the Chicago cop who in 1963 hunted down and killed the real Neil McCauley, after once inviting him out for coffee. Coppola and Chase told me flat out they didn’t want to be indebted to criminals. Mann’s way brought its own challenges, and he quickly learned how to be mindful of the manipulative nature of current and former lawbreakers when he made his first film, the Emmy-winning telepic The Jericho Mile, which shot in Folsom Prison.

“There is a truth I can get by asking direct questions, but I’m not naïve,” he said. “At this point, I’m fairly street smart and world wise and I’m not naïve to the fact nobody could manipulate you faster than the guy doing a couple life sentences in Folsom. These guys could read you in, like, two minutes flat.”

They will lie when it suits them, he said, even someone in the inner circle like the late John Santucci. He is the round-faced guy who played a dirty cop in Thief, and later co-starred in Crime Story. 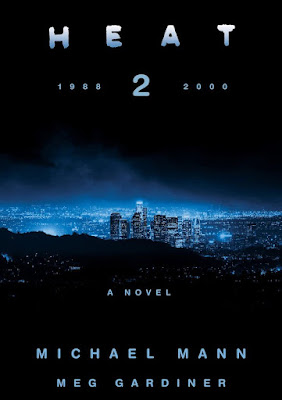