A Little Humor: FBI Adds Itself To FBI Watch List 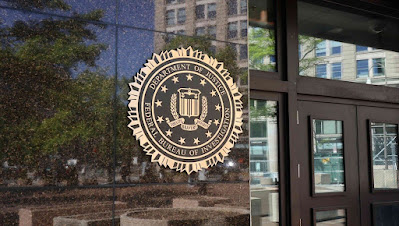 The Babylon Bee offers a clever and funny piece on the FBI.:

WASHINGTON, D.C. — In an unprecedented move to protect the safety and security of millions of Americans, the FBI has added itself to the FBI watchlist.

"When we reflected on the vast number of pedophiles, insurrectionists, frauds, and killers in our organization, we thought: 'Holy cow! Someone needs to keep an eye on these weirdos!'" said FBI Director Christopher Wray to reporters. "That's why today we have decided to place the FBI on the FBI watchlist so the FBI can keep a close eye on the FBI before the FBI does something terrible."

Critics of the move expressed concern this may hamper the FBI's ability to organize governor kidnapping schemes, insurrections, and mass shootings.

"Without the FBI at our disposal, we may have to turn to traditional partners such as the mafia to fight our political enemies," said one anonymous Washington bureaucrat. "What's the world coming to?"

At publishing time, the FBI announced they now have the FBI in custody. Unfortunately, they released the FBI from custody a few minutes later.

You can read other satire piece via the below link: