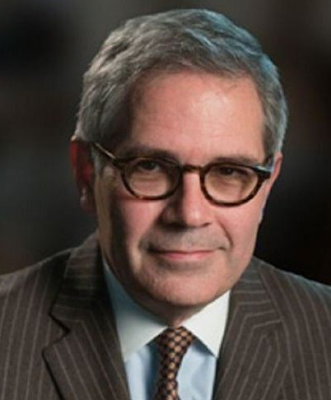 The New York Post offers a piece on a Philly cop’s widow who blames Philly’s progressive DA Larry Krasner (seen in the above photo) for her husband’s murder.

The widow of a slain Philadelphia officer had a message for liberal mega-donor George Soros on Thursday after he defended far-left district attorneys and their policies, including those of Pennsylvania District Attorney Larry Krasner, who she blames for her husband’s murder.

Sgt. James O’Connor, a 23-year veteran of the force, was killed in the line of duty while serving an arrest warrant on March 13, 2020. The prosecutors in the case described the alleged killers as dangerous drug dealers with extensive rap sheets.

O’Connor’s widow, Terri, told Fox News on Thursday that she believes her husband would still be alive if not for the far-left bail policies of embattled D.A. Krasner, who allowed these gunmen to return to the streets following multiple arrests.

“They had lengthy criminal records for guns, shootings, murders. I could go on and on about it,” she said on “America Reports.” “They were out of jail repeatedly because of our district attorney and his lenient policies. If those males were locked up and kept where they’re supposed to be, my husband would still be here today.”

Terri joins other victims of Philadelphia’s spiraling crime crisis who’ve fiercely criticized Krasner’s far-left policies and called for his ousting. In June, a group of Pennsylvania state representatives opened impeachment proceedings against the liberal D.A. for dereliction of duty.

You can read the rest if the piece via the below link: