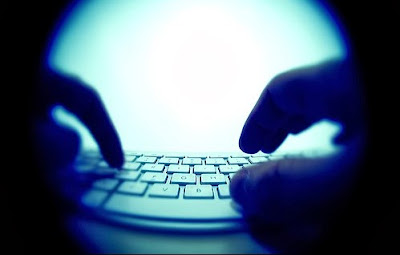 The FBI in Philadelphia released the below information:

The FBI is engaged in a cybersecurity awareness campaign to warn government and private sector organizations in our region about continued cyber threats. This campaign includes media engagements, social media posts, and presentations to local industry groups.

As the home of many businesses, universities, and other nonprofits, the Philadelphia area is a target-rich environment for cyberattacks. The FBI Philadelphia Office is inviting organizations of all sizes to partner with us before a cyber incident occurs.

“With the staggering risks posed by cybercrime today, there’s increased urgency for the FBI, the public sector, and the private sector to work together against this threat,” said Jacqueline Maguire, FBI Philadelphia special Agent in charge. “That’s why we’re encouraging municipalities, businesses, and other organizations to proactively establish a relationship with us, and to report cyberattacks quickly, should they occur. Cybersecurity is national security—and strengthening our nation’s cyber defenses is a critical task requiring a cooperative effort.”

The most vital step a company or organization can take to protect itself is to implement good cyber hygiene practices. As a company or entity strengthens its cybersecurity, the FBI highly recommends engaging with the local FBI field office.

Meeting with the FBI before a compromise helps companies understand the potential threats specific to that company. It also provides an understanding of how the FBI protects the confidentiality of victims as we partner with them to determine the severity of a compromise, provide information to help prevent re-infection, and to identify hackers. As the only U.S. government agency with both law enforcement and intelligence capabilities, the FBI is an indispensable partner that provides around-the-clock support to victims. Partnering with the FBI connects businesses with our network of domestic and foreign counterparts and private sector partners.

FBI cyber experts not only help respond to cyberattacks but also work to help prevent them. They can share information with companies about current cyber threats, network vulnerabilities, and recommended mitigations, and discuss crucial elements of an effective incident response plan.

When a victim reports a compromise, FBI agents help the organization’s network defenders pinpoint malicious cyber activity, share intelligence to help leaders make decisions during a crisis, and help prevent more damage. Our experts work with victims to arrest and prosecute cybercriminals as well as target the infrastructure the criminals used to conduct their attacks, to prevent them from continuing to inflict damage. TheFBI also has specialty teams whose aim is to freeze and seize the money cybercriminals steal from their victims.

Companies and organizations in the Philadelphia metro area and throughout the eastern half of Pennsylvania, as well as those in Camden, Gloucester, and Salem counties in New Jersey, can call 215-418-4000 to connect with FBI Philadelphia cyber squads or to report compromises.