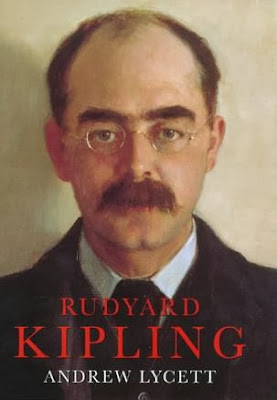 As Biography.com notes, Rudyard Kipling was born on December 30, 1865, in Bombay, India.

He was educated in England but returned to India in 1882. In 1892, Kipling married Caroline Balestier and settled in Brattleboro, Vermont where he wrote The Jungle Book (1894) and "Gunga Din." Eventually becoming the highest paid writer in the world, Kipling was recipient of the Nobel Prize for Literature in 1907. He died in 1936.

You can read the rest of the piece and watch a video of Kipling's life via the below link:

Labels: Biography.com, British literature, Kim, Rudyard Kipling, The Man Who Would Be King