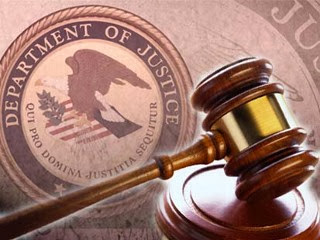 The U.S. Justice Department released the below information on Friday:

A man has been charged in federal court with attempting to explode a car bomb at Wichita Mid Continent Airport, Acting Assistant Attorney General for National Security, John Carlin and U.S. Attorney Barry Grissom announced today. The defendant was arrested as part of an FBI undercover investigation, and the device used by the defendant was, in fact, inert and at no time posed a danger to the public.

“There was no breach of Mid-Continent’s Airport’s security,” said U.S. Attorney Grissom.  “At no time was the safety of travelers or members of the public placed in jeopardy.”

Loewen, who works as an avionics technician, is alleged to have spent months developing a plan that involved using his access card to airport grounds to drive a van loaded with explosives to the terminal.  He planned to pull the trigger on the explosives himself and die in the explosion.

Agents arrested Loewen about 5:40 a.m. Friday after he attempted to enter the airport tarmac and deliver a vehicle loaded with what he believed were high explosives.  Members of the FBI’s Joint Terrorism Task Force (JTTF) took him into custody without incident.

Loewen has been under investigation by the Wichita Joint Terrorism Task Force since early summer 2013. It is alleged that, prior to his attempted attack, he made statements that he was resolved to commit an act of violent jihad against the United States. Over a period of months, he took a series of actions to advance the plot. According to an affidavit filed in support of the criminal complaint, Loewen:

On Friday, Loewen went to Mid-Continent Airport to detonate the car bomb.  He was taken into custody when he attempted to open a security access gate. FBI Evidence Response Teams are executing search warrants related to the case.  Although the investigation is ongoing, no additional arrests are anticipated.

The investigation was conducted by the Wichita FBI Joint Terrorism Task Force, which includes members from the FBI, Sedgwick County Sheriff’s Office and Kansas Highway Patrol. Assisting with the investigation were the FBI Kansas City Division, the Transportation Security Administration, the Wichita Airport Authority, and the Wichita Police Department.

The case is being handled by prosecutors from the United States Attorney’s Office and the Justice Department’s National Security Division.
Posted by Paul Davis at 5:05 PM