Philly Mob On Trial: The Life And Times Of Bent Finger Lou 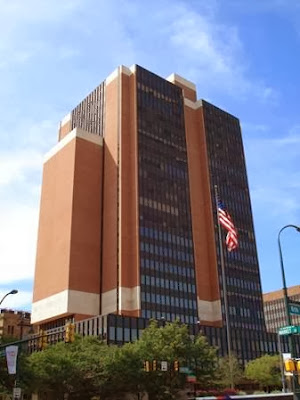 Louis "Bent Finger Lou" Monacello didn't deny that he was cheating on his first wife.

But the mob associate said his business partner, Jack Palermo, was out of line when he told Monacello's wife about it. So he pistol-whipped him, hitting him over the head with the butt of a  revolver.

And when another associate lied about $50,000 in gambling debts that he had secretly run up on Monacello, the martial arts trained wiseguy said he "gave him a little kick in the head."

He also acknowledged that he coached three other associates to lie to a Delaware County grand jury that was investigating him in 2008. And that he once told another deadbeat gambler that if he didn't come up with the money he owed, he would be "dead."

Monacello, testifying for the third day in the retrial of mob boss Joseph "Uncle Joe" Ligambi and his nephew George Borgesi, spent most of his time on the witness stand today in a verbal sparring match with Ligambi's lawyer, Edwin Jacobs Jr. What emerged was the life and times of Bent Finger Lou, tales of assaults with baseball bats, kicks in the head, gambling debts, extortions and shakedowns.

You can also read the Philadelphia Inquirer's coverage of the trial via the below link: