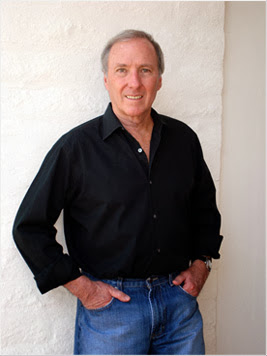 Joseph Wambaugh, former LAPD sergeant and best-selling author of classic police novels like The Choir Boys and Hollywood Station, and nonfiction classics like The Onion Field and Echoes in the Darkness, offers a good piece in the Los Angeles Times.

A prominent obituary in The Times last Sunday took me back to a night in 1962 when I was working the vice detail out of Wilshire Division. We were trying to bust after-hours drinking spots engaging in illegal alcohol sales, prostitution and drug activity. I had been the undercover operator on a recent takedown, and on this particular night our sergeant and one vice team were trying the same tactic on a second persistent offender, this time in a residential area. My partner and I, along with another vice team, were providing backup, out of sight but on the tactical radio frequency.

... Even then I was having thoughts about a writing career sometime in the future, and I constantly scribbled notes and saved them. As best I can recall from those old notes, here is how it was related to me from the moment both men produced identification.

Indeed it was. Lenny Bruce, the notorious stand-up comic who specialized in obscene attacks on establishment figures (including cops), was standing on the curb and shaking his head when asked if the bag of dope belonged to him.

The other passenger, a tall, fair-haired young man with an upmarket Brit accent, was volubly denying any knowledge of how the bag could have gotten onto the taxi seat. They were told that since neither claimed ownership, they would both be booked for felony possession. The taxi was about to be sent on its way when the tall guy said, "Wait!"

He went straight to the sergeant and asked his name. When he heard an Irish surname, he informed the sergeant that he too was Irish and that he had labored long in British theater with limited success, but that he was in Los Angles to promote a soon-to-be-released movie, "a role of a lifetime," that would make him and the film known throughout the world. He mentioned the name of the movie, but it was no more familiar to the cops than was the actor's name.