A Democrat Finally Calls For Defeating ISIS - And Gets Booed 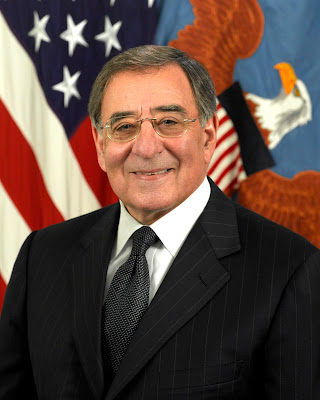 The New York Post offers an editorial about how someone at the Democratic National Convention finally took a tough stand against ISIS and he was booed.


On the third night of the Democratic convention, a speaker finally brought up defeating ISIS and other terrorists — only to be met with boos from the crowd.
“These murderers must be stopped,” declared former Secretary of Defense and CIA Director Leon Panetta (seen above in his DoD photo). Cue the deafening chorus of boos, plus chants of “No more war!” from convention delegates.
Mind you, Panetta’s speech was offering yet another broadside against Donald Trump’s inexperience. “This is no time to gamble with our future. America faces flash points and threats from around the globe,” the ex-SecDef warned.
“Lies, lies, lies,” the delegates replied.
You can read the rest of the editorial via the below link: