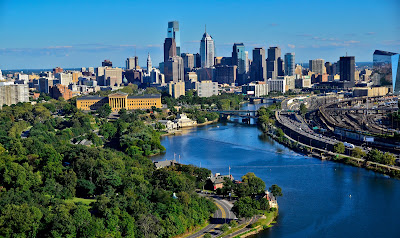 Jennifer Rubin's column in the Washington Post offers her take on the ISIS murder of a priest in France and how the Democrats at their National Convention in Philadelphia have failed so far to acknowledge terrorism.

The recent spate of horrific terrorist incidents in Europe, including the gruesome slaughter Tuesday of a priest in France, underscores the degree to which the Islamic State has become a daily menace for our allies.

... Sen. Tom Cotton (R-Ark.) put out a statement: “This is the face of evil. To invade a sanctuary open to all—a place of worship and refuge—to kill and terrorize innocent people who devoted their lives to the teachings of Christ lays bare the barbarism of radical jihadism.” He continued: “I am outraged for the families of the victims, for our ally France, for the Catholic Church, and for humanity. This attack joins a lengthening string of jihadist attacks around the world, and it should steel our collective resolve to defeat ISIS abroad before they attack us at home and put an end to this madness.”

Democrats, as Republicans pointed out, on Monday night entirely omitted mention of the “Islamic State” or “ISIS.” They do so — and remain silent on the latest monstrosity — at their peril. Speaking to the Veterans of Foreign Wars on Tuesday, Hillary Clinton mentioned the topic, but only briefly: “We have to protect ourselves against terrorists. To do that, we need to lead other countries in stopping ISIS, al-Qaeda, and other radical jihadist groups. We shouldn’t leave that to the rest of the world to figure out on their own — that won’t keep us safe.” Perhaps she or someone on the podium tonight will find time to make a more complete statement of American determination.


The media covering the convention did not find it odd or did not choose to cite the Democratic National Committee’s silence on national security, but then foreign affairs ordinarily gets subsumed in horse-race political coverage of elections.
You can read the rest of the piece via the below link: