The Latest Attempt To Rewrite The History Of The Iraq War 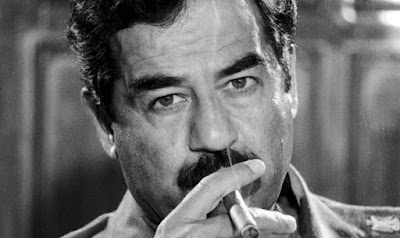 Benny Avni at the New York Post offers a piece on the latest attempt to rewrite the Iraq War.


Thanks to a British public commission, we’re once again relitigating Iraq. According to John Chilcot, the principal author of a new British inquiry into the war, it was waged on the basis of unchallenged yet deeply flawed intelligence. There was no postwar planning, and diplomacy wasn’t exhausted in the lead-up to military action that should have only been used as “a last resort.”
... Politically, the Chilcot report will embolden those, like Bernie Sanders, who say Iraq was “the worst foreign-policy blunder in the history of the country.” Or Donald Trump, who just added Saddam to the list of his favorite foreign dictators. “Saddam Hussein was a bad guy, right?” Trump told a crowd in North Carolina on Tuesday. “But you know what he did well? He killed terrorists. He did that so good.”
OK, leave it to Trump to ignore Saddam’s well-documented support of terrorists in the Mideast. Yet he’s reiterating a received wisdom: Saddam’s Iraq had “nothing to do with 9/11” and by overthrowing him, America and our allies have opened Pandora’s box, which bred the current Mideast mess and gave birth to ISIS.
True: Dismantling state organs after the overthrow of Saddam — known as de-Baathification — was a terrible mistake that deepened sectarian hatreds. It was based on a faulty, idealistic notion that once Saddam was gone, freedom would replace his despotic rule.
But remember when the decision to invade Iraq took place: two years after 9/11, the deadliest terrorist attack in American history, which didn’t at the time look like a one-off. Anthrax envelopes, a shooting spree and the fear of a follow-up attack put America on war footing.
Afghanistan was first, but it wasn’t enough. While al Qaeda was headquartered in Taliban-ruled Afghanistan, its principals were Arabs and they were a product of the Arab world’s ills.
As in Saddam’s Iraq — where chemical weapons were used to put down resurrections; where sectarian enmities that bubbled under the surface were only capped by a ruthless, corrupt and megalomaniacal tyrant; where destructive weapons, including nukes, were in development in the past, were widely believed to still exist, and could easily fall into the hands of terrorists.
You can read the rest of the piece via the below link: