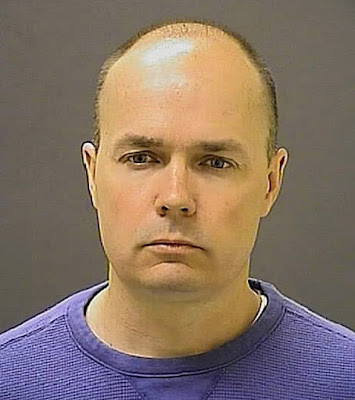 Paul Sperry at the New York Post offers a column on the trials of the cops accused of being racist and worst.


The repeated exoneration of allegedly racist cops by minority jurors and judges — from Ferguson and Staten Island to Cleveland and now Baltimore — seriously undermines the anti-cop movement started by Black Lives Matter and fueled by President Obama.
With half the Baltimore cops now acquitted in the death of Freddie Gray, a pattern has emerged where highly publicized cases against cops for racially motivated murder of black suspects have crumbled under the weight of court evidence.
It’s not to say these police officers made no procedural errors in their use of force, but they certainly did not commit the heinous civil-rights crimes the BLM movement accused them of committing. Even so, the movement continues to inspire fury against cops.

You can read the rest of the below link:

Note: The above photo is the mugshot of Baltimore Police Lt. Brian Moore.
Posted by Paul Davis at 10:29 PM