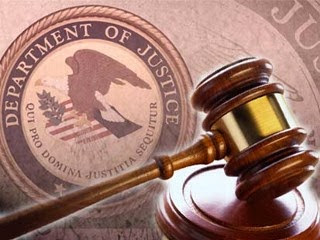 
A Culver City, California, man was arrested yesterday on federal charges of economic espionage and violations of the Arms Export Control Act for his attempts to sell sensitive satellite information to a person he believed to be a foreign intelligence agent.
Assistant Attorney General for National Security John P. Carlin, U.S. Attorney Eileen M. Decker of the Central District of California, Assistant Director in Charge Deirdre Fike of the FBI’s Los Angeles Field Office and Special Agent John Rayho of the U.S. Air Force Office of Special Investigations (AFOSI) Detachment Commander at Los Angeles Air Force Base made the announcement.
Gregory Allen Justice, 49, who worked for a cleared defense contractor as an engineer on military and commercial satellites during his alleged crimes, was arrested yesterday by FBI special agents and made his initial appearance yesterday afternoon in U.S. District Court for the Central District of California.  The judge ordered him detained pending trial.
“Mr. Justice allegedly placed his own interests of greed over our national security by providing information on sensitive U.S. technologies to a person whom he believed was a foreign agent,” said Assistant Attorney General Carlin.  “In the wrong hands, this information could be used to harm the United States and its allies.  The National Security Division will continue to relentlessly identify, pursue and prosecute offenders that threaten our national security.  I would like to thank the FBI and the Air Force Office of Special Investigations for their efforts in protecting our nation’s most sensitive information.”
“Our nation’s security depends on the honesty and integrity of those entrusted with our technological secrets,” said U.S. Attorney Decker.  “In this case, the defendant sought to undermine our national security by attempting to sell proprietary and controlled information about satellites to a foreign government’s intelligence service.  Fortunately, law enforcement agents were able to timely and effectively intervene to protect this critical technology.”
“The enforcement of U.S. laws that prohibit the acquisition of specified economic information and defense-related items is vital to national security and can prove to be a challenging mission when set against the backdrop of legitimate international trade, vast amounts of which occur every day in the United States,” said Assistant Director in Charge Fike.  “The cooperative effort among the FBI and Air Force OSI was critical in bringing this case forward for prosecution by the U.S. Department of Justice.”
“This investigation exemplifies the crucial law enforcement alliance the Air Force Office of Special Investigations enjoys with our DOJ counterparts,” said Special Agent Rayho.  “We remain diligent in our mission to protect the vital technologies our national defense forces rely on.”
According to the affidavit in support of the criminal complaint, Justice stole proprietary trade secret materials from his employer and provided them to a person whom he believed to be a representative of a foreign intelligence service, but who was in fact an FBI undercover agent.  In addition to their proprietary nature, the documents contained technical data covered by the U.S. Munitions List and therefore controlled for export from the United States under the International Traffic in Arms Regulations, according to the allegations.  In exchange for providing these materials, Justice allegedly sought and received cash payments.
A criminal complaint contains allegations that a defendant has committed a crime.  The defendant is presumed to be innocent until and unless proven guilty in court.
If convicted, Justice faces a statutory maximum penalty of 15 years in federal prison for the economic espionage charge and a statutory maximum penalty of 20 years in federal prison for violating the Arms Export Control Act.
The FBI and AFOSI investigated the case.  Attorneys from the U.S. Attorney’s Office of the Central District of California and the National Security Division’s Counterintelligence and Export Control Section are prosecuting the case.
Posted by Paul Davis at 4:22 PM