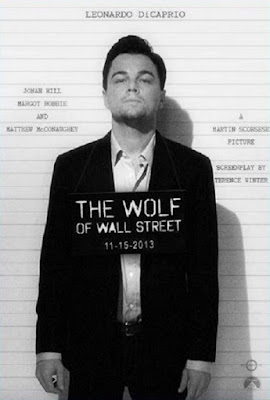 The New York Post offers a piece on the U.S. Justice Department's claim that The Wolf of Wall Street was made with stolen money.


“The Wolf of Wall Street” didn’t just tell the story of a crooked stockbroker who scammed millions of dollars that he blew on drugs and hookers — the Leonardo DiCaprio movie was itself financed with stolen money, the feds charged Wednesday.
A civil suit filed by the US Justice Department demands all future profits, royalties and distribution proceeds from the Oscar-nomi­nated 2013 flick on the grounds that it was part of an international money-laundering scheme involving a development firm set up by the prime minister of Malaysia.
“This is a case where life imitated art,” said US Assistant Attorney General Leslie Caldwell.
n a series of interrelated complaints, the feds are seeking a total $1 billion in assets paid for with money allegedly stolen by corrupt Malaysian officials and their associates from 1Malaysia Development Berhad, also known as 1MDB.
The fund “was created to promote economic development . . . with the ultimate goal of improving the well-being of the Malaysian people,” but “unfortunately and tragically, a number of corrupt officials treated this public trust as a personal bank account,” US Attorney General Loretta Lynch said.
You can read the rest of the piece via the below link:

Note: I'm a huge fan of film director Martin Scorsese, and I think he has made some great films, such as Goodfellas, Casino, Raging Bull, Taxi Driver and Mean Streets. But I didn't much care for The Wolf of Wall Street and I don't care for Leonardo DiCaprio at all.
Posted by Paul Davis at 10:32 AM