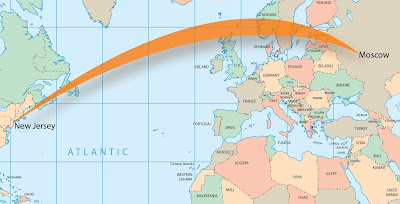 
For more than six years, a New Jersey man who owned four microelectronics export companies skirted U.S. export laws enacted under the International Emergency Economic Powers Act (IEEPA). These laws are in place to help protect U.S. national security and make sure that items made in the U.S. don’t help strengthen another country’s military without proper licensing and careful consideration.
Alexander Brazhnikov, Jr., a 36-year-old naturalized American citizen born in Russia, admitted that, between January 2008 and June 2014, he smuggled $65 million worth of sensitive electronics components from the U.S. to Russia, where much of it eventually ended up in the hands of Russia’s Ministry of Defense and Federal Security Service.
In June 2015, Brazhnikov plead guilty in federal court—after a multiagency investigation by the FBI, the Department of Commerce, and Department of Homeland Security (DHS)—to the smuggling charges and to a charge of conspiring to commit money laundering to hide the illegal proceeds of his criminal activities. According to then-Newark FBI Special Agent in Charge Richard Frankel, Brazhnikov “significantly undermined the national security of the national security of the U.S.” and “enhanced the capabilities of both the Russian Military Service and the Russian Nuclear Weapons Program.” Last month, he was sentenced to more than five years in prison.
Investigators believe that Brazhnikov conspired with his father, Alexander Brazhnikov, Sr., owner of a Moscow-based procurement firm who brokered the purchasing of electronics components from U.S. vendors and manufacturers for their clients, mostly Russian defense contractors licensed to procure parts for the Russian military, security service, and other entities involved in the design of nuclear weapons and tactical platforms.
The case began in 2012, when another Bureau field office—investigating a similar matter—sent a lead to the Newark FBI Office concerning one of Brazhnikov’s companies. Joining forces with Commerce and DHS, investigators began looking into Brazhnikov and his New Jersey companies. Through a variety of investigative methods, including following the money trail, here’s what they found:
Brazhnikov received requests for certain electronics components from co-conspirators in Russia. Funds for those components were deposited into Russian bank accounts, transferred to the offshore bank accounts of dozens of shell companies created specifically to facilitate the movement of the money and to hide its origin, and then shifted to U.S. bank accounts controlled by Brazhnikov and his companies.
Using the money from these bank accounts, he would place orders for the electronics components he needed with U.S. manufacturers and vendors. But because of U.S. export laws, he knew that many of these components—having to do with areas like advanced communications, avionics, weapons testing, and encryption applications—would have been denied export to Russia’s military and security services. So after receiving the components (often misleading the manufacturers and vendors about his intentions), he purchased and repackaged the goods for their journey to Russia. Brazhnikov also intentionally misled the shipping companies he dealt with by undervaluing the cost of what he was shipping and directing that the shipments be sent to front addresses in Russia—all in an effort to evade the legal requirements of obtaining the proper export permissions from the Department of Commerce.
Once the items were delivered in Russia, they were rerouted by members of the Moscow-based conspiracy to their true destination. Brazhnikov was responsible for more than 1,900 illegal shipments like this.
The FBI and its federal partners take safeguarding our national security very seriously—no matter what form those threats take—and we will continue to vigorously and lawfully investigate anyone whose criminal activities threaten that security.
Posted by Paul Davis at 9:26 AM