My Crime Beat Column: A Look Back At The Assassination Of President John F. Kennedy, The Crime Of The 20th Century 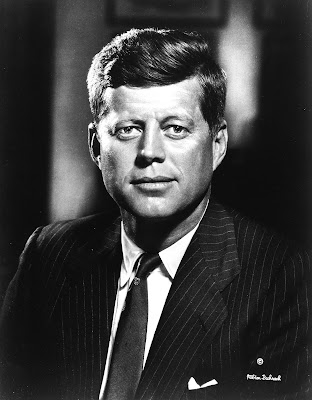 The below column originally appeared in the Orchard Press Online Mystery Magazine in 2002:
Despite the passing of decades and competing tumultuous world events to stimulate our interest, we remain fascinated with the 1963 assassination of President John F. Kennedy.

We still see a cottage industry of articles, documentaries, books and movies that deal or refer to the tragic death of the U.S. President.

Even Cuban dictator Fidel Castro – one of the usual suspects – got into the act a few years ago when reports came out of Cuba that he was personally conducting a one-man Warren Commission into the shooting of Kennedy.

Although Castro has considerable personal experience in shooting people, usually with a wall behind his victim and a complementary blindfold, I lean more towards the FBI’s more scientific tests that conclude that there was only one shooter – Lee Harvey Oswald.

As a lifelong student of crime and crime writer, I too have maintained an interest in what is no doubt the Crime of the 20th Century.

Conspiracies abound, then and now, that accuse forces within the U.S. government of killing Kennedy to avenge his failure to fully support the invasion of Cuba at the Bay of Pigs and his supposed plan to abandon South Vietnam.

I don’t subscribe to this theory. Had agents of the government been involved in the shooting, I believe they would have missed John and hit Jacqueline.

A government operation of this magnitude would have ended up, like we used to say when I was in the Navy, in a SNAFU (situation normal, all fucked up).

We should also take note that in our free and open society, the government has never been very good at keeping secrets (The Pentagon Papers, leaked and published in newspapers, is one of many examples of this).

Considering the long line of spies reporting to Moscow during the Cold War and the "Deep Throats" who routinely leak to the media, surely some substantial testimony or evidence of government involvement would have surfaced by now. Human nature makes us all blabbermouths.

Joseph Wambaugh, a former LAPD Sgt. and one of our best crime novelists, covered this well in his recent true crime book, Fire Lover.

He wrote that "the vast-government-conspiracy theories floated in hundreds of books and films have never failed to produce howls of laughter when mentioned at law-enforcement gatherings, especially in the aftermath of JFK, when the vast government conspiracy included the FBI, CIA and all the other three-letter agencies staffed by bureaucrats who are mostly loathed and distrusted by street cops. Those with an alliterative flair call them grandstanding government geeks in penny loafers, or bumbling back-stabbing bureaucrats who wouldn’t conspire to peek inside a girlfriend’s underwear without the approval of a U.S. attorney and a search warrant.

"But what really brings down the station house," Wambaugh continued, "is when, in order to make the JFK conspiracy work, all the revisionists had to include the Dallas Police Department. And that does it every time. Cops get to knee slapping and falling out of their chairs over the thought of it. Because everyone who’s ever worn a badge knows the moment a cop gets a real secret, the drums start beating and the asphalt jungle wireless starts humming, and the first leggy news chick with tits out to here will be blabbing the secret on the news at ten even before the cop wives get to tell it to the gang at the office and the girls at the gym."

Kennedy, as some conspiracy buffs and revisionist historians would have us believe, was attempting to rein in the covert operators when they struck him down in retaliation. I don’t buy this. 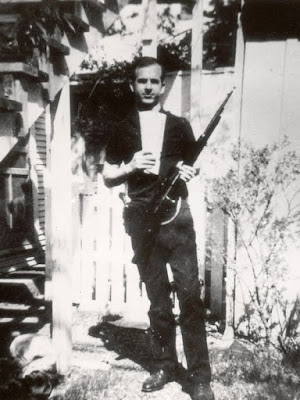 He was the special operators’ champion and had used them to counter communist insurgencies around the world, much as the Special Operations groups of today are combating terrorism.

Patriotism was and continues to be the special operators’ prime motivation for doing dangerous and thankless work. To these men, killing a president, especially Kennedy, would be downright un-American.

Another popular conspiracy is that organized crime was behind the assassination of Kennedy to halt Attorney General Robert Kennedy’s war on crime.

The theory goes that the mob was upset with Kennedy’s ingratitude, considering the mob’s large donations and their assistance in wide spread voter fraud in Cook County, Illinois. It seems that some Illinois residents were so enamored with Kennedy that they rose from the dead to vote for him. Some even voted twice! Some political analysts believe the voter fraud threw the election to Kennedy.

I don’t subscribe to the idea that the mob killed Kennedy. American organized crime leaders decided very early in their development that the killing of public figures like politicians, policemen and reporters was bad for business (I particularly appreciate the ruling on reporters).

This ruling was not based on morality or civic duty; it was based on the idea that the ensuing public outrage would bring on a crackdown of criminal operations and a loss of revenue. The mob, then and now, is all about making money.

The mob strictly enforced this rule in 1935 by killing one Arthur Flegenheimer, aka, "Dutch" Schultz," when he threatened to kill prosecutor Thomas Dewey. Based on their history and transcripts of wiretaps, I don’t think they would have violated this very practical tradition by killing a president.

The so-called "Men of Honor" in Sicily have discovered what Salvatore "Charlie Lucky" Luciano and the other old time crime bosses warned against. The Sicilian criminals, having boldly murdered crusading prosecutors and priests, lost most of their public acceptance and now face the wrath of the Italian National police and the Pope.

And not one of the many mob guys who have become cooperating government witnesses over the years have provided any serious evidence of organized crime involvement in the assassination.
Like many of the military, intelligence and security people I knew when I served in the Navy and later as a Defense Department civilian, I used to believe that Castro killed Kennedy.

Kennedy attempted to kill Castro with plots derived by "Operation Mongoose." Castro told reporters at the time that he was going to turn the tables on Kennedy. Oswald’s communist past and ties also point decidedly leftward.

And - although it is often glossed over - prior to the Kennedy assassination, Oswald attempted to assassinate General Edwin Walker (Ret), a controversial conservative figure in the early 1960s. Why would the mob, the CIA, the military and all of the usual suspects want Walker dead? 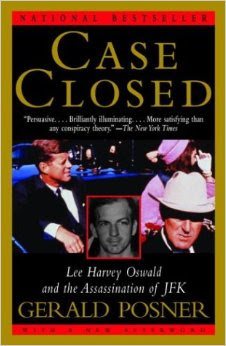 Today I have doubts about any and all conspiracies, left or right. Gerald Posner’s Case Closed: Lee Harvey Oswald and the Assassination of JFK initially sparked my change of mind and heart. Posner answers a number of questions about the assassination, effectively disputes testimony of so called "witnesses" and proves that a number of coincidences were just that – coincidences.

Posner also points out that science has made great advancements since 1963 and by putting the old evidence through modern scientific tests, he dispels many of the conspiracy theories. Unfortunately, I don’t have the space to go into detail, so I suggest you read Posner’s book.

I now lean towards what I call the "Two Nuts" theory. Simply put, Oswald was a nut and the man who shot him, Jack Ruby, was also a nut. So unless further evidence concerning the Crime of the 20th Century is uncovered, for me, the case is closed.
Posted by Paul Davis at 1:00 PM