What Was the Inspiration for Agatha Christie's “The Murder on the Orient Express”? 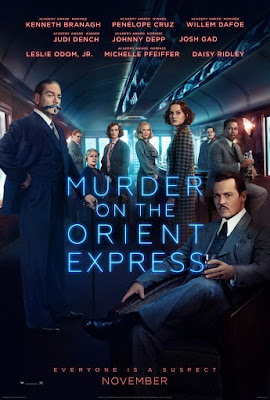 Although I’m not a fan of Agatha Christie (seen in the below photo) and “cozy” murder mysteries in general, I was interested in reading Natale Escobar's piece on the backstory of Agatha Christie’s Murder On The Orient Express in the Smithsonian magazine.

In Agatha Christie’s crime novel Murder on the Orient Express, the well-mustachioed Belgian detective Hercule Poirot solves the grisly stabbing of an American tycoon traveling on a long-distance passenger train. While the 1934 story, adapted for a new movie, of murder and revenge on a stuck, snowed-in train is of course a work of fiction, Christie pulled parts of her story straight from the headlines.

In Christie’s story, Poirot is on the Orient Express, from Syria to London, when a man named Ratchett asks Poirot to investigate the death threats he’s been receiving. Poirot declines, telling Ratchett he doesn’t like his face. The next morning, a snowdrift stops the train in its tracks, and Ratchett is found stabbed to death in his compartment.

When Poirot steps back into his detective role and searches Ratchett’s compartment for clues, he finds a scrap of burnt paper that reads “–member little Daisy Armstrong.” He deduces that Ratchett is really a mobster named Cassetti, who kidnapped the 3-year-old heiress Daisy Armstrong and collected $200,000 in ransom from her parents before her dead body was discovered. A wealthy man, he was able to escape conviction and flee the country. The narrative of the book centers around who on the train murdered Ratchett.

Daisy Armstrong’s fictional case probably rang familiar to readers in the mid-1930s, who had followed national coverage of the kidnapping of the baby son of famed aviator Charles Lindbergh. Christie’s official website confirms that the author lifted the idea for the subplot from the true-life tragedy. On March 1, 1932, the 20-month-old child disappeared from his crib. A ransom note affixed to the nursery window of their New Jersey home demanded $50,000. 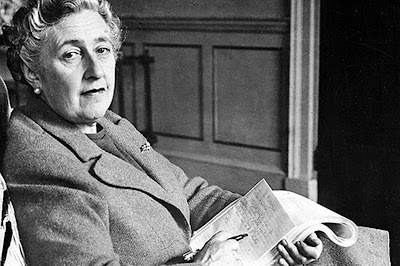 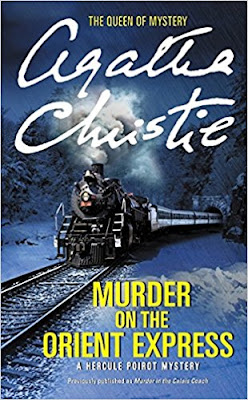 I've never been much of an Agatha Christie fan but I read the book in 1974 or 75 while I was in the Navy in Scotland just before I saw the Sidney Lumet, Albert Finney, Sean Connery Murder On The Orient Express film.

I was about to watch a film at the theater in Glasgow when the Murder On the Orient Express film was advertised on screen.

My Scottish girlfriend asked me if I wanted to see it and I said no.

She said she was surprised, as I was interested in crime and I was a fan of the great Scot actor, Sean Connery.

Yes, and I like the director, Sidney Lumet, I told her.

But I don't like these kinds of murder mysteries, as I always guess the murderer right off the bat.

She challenged me to do so and we agreed to see the film the following week.

The next day I bought the book.

I thought I would discover who the murderer was in the book and then point out the guilty character as he or she appeared on the screen.

Well, as one may know if one has read the book or seen the films, everyone of the characters had a hand in killing the victim.

I had to confess to my girlfriend. She called me a "Cheeky bastard."
Posted by Paul Davis at 12:20 PM