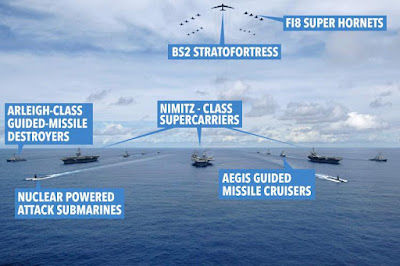 Patrick Knox at the British newspaper the Sun offers a piece on the American military force off North Korea.

For the past few weeks the American ships have been travelling to Asia to form a single three-carrier strike group tasked with carrying out the largest exercise of its kind in recent memory. 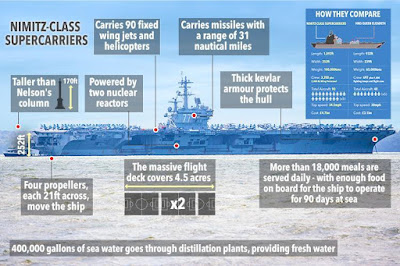 An array of warships will support them during the exercise which started today and are due to finish on Tuesday.

The manoeuvres will be a potent reminder to Pyongyang of the US's ability to rapidly mobilise a military force.

The show of strength comes as US President Donald Trump meets with regional leaders at the Asia Pacific Economic Cooperation (APEC) summit in Vietnam.

You can read the rest of the piece and view the photos and illustrations of American military might via the below link:

Note: You can click on the above photos to enlarge.
Posted by Paul Davis at 11:41 PM