Illegals Commit Crimes At Double The Rate Of Native-Born: Study 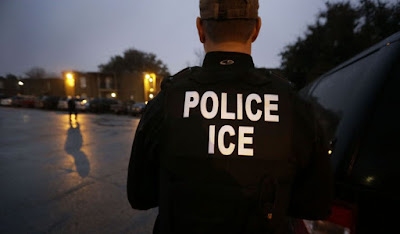 Stephen Dinan at the Washington Times offers a piece on a report of on illegal immigrants and crime.

The crime rate among illegal immigrants in Arizona is twice that of other residents, Attorney General Jeff Sessions said Friday, citing a new report based on conviction data.

The report, from the Crime Prevention Research Center, used a previously untapped set of data from Arizona that detailed criminal convictions and found that illegal immigrants between 15 and 35 are less than 3 percent of the state’s population, but nearly 8 percent of its prison population.

And the crimes they were convicted of were, on the whole, more serious, said John R. Lott Jr., the report’s author and president of the research center.

Mr. Lott said the Arizona data is able to peek behind that curtain, and the differences between the populations were stark.

“There appears to be a huge difference between the two groups,” Mr. Lott said. “The type of person who goes through the process to legally immigrate in the United States appears to be very law-abiding versus even the U.S.-born population. The reverse is true for undocumented immigrants — they are committing crimes, and more serious crimes.”