On This Day In History North Korea Seized The U.S. Spy Ship Pueblo 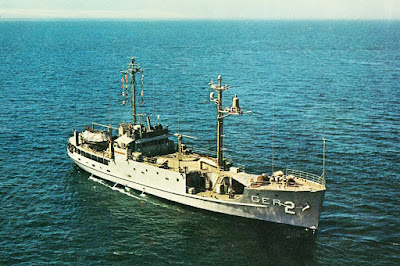 As History.com notes, on this day in 1968 the North Koreans seized the USS Pueblo.

The U.S. intelligence-gathering ship Pueblo is seized by North Korean naval vessels and charged with spying and violating North Korean territorial waters. Negotiations to free the 83-man crew of the U.S. ship dragged on for nearly a year, damaging the credibility of and confidence in the foreign policy of President Lyndon B. Johnson’s administration. 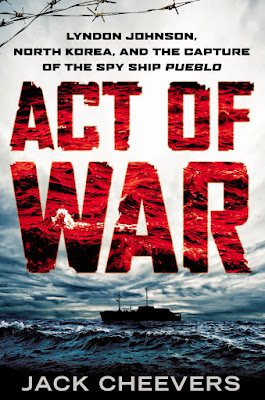 You can also read my Washington Times review of  Act of War: Lyndon Johnson, North Korea, and the Capture of the spy ship Pueblo via the below link:

http://www.pauldavisoncrime.com/2014/02/my-washington-times-review-of-act-of.html
Posted by Paul Davis at 8:47 AM