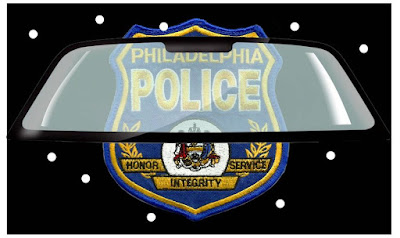 The Washington Times published my piece on Philadelphia police cars getting getting bulletproof windows.

The good news is that Philadelphia police officers will soon be patrolling the city’s mean streets in 150 new patrol cars that have been equipped with bulletproof windows.

According to the Philadelphia Police Department, the patrol cars will have ballistic shields affixed to the front door panels and “‘transparent armor” in the front windows.

The bulletproof windows were ordered in light of two separate incidents in which two Philadelphia police officers were ambushed and shot while sitting in their patrol cars. Both were seriously wounded, but thankfully both survived.

In 2016 Philadelphia police officer Jesse Hartnett was shot while stopped at an intersection. A surveillance camera captured the moment that the gunman, wearing a long white tunic and shouting “Allah Akbar,” ran up to Officer Harnett’s patrol car and fired into the driver’s side window. Officer Harnett was shot three times in his left arm.

Incredibly, Officer Harnett got out of his car and returned fire, wounding the suspect, who was later captured by other officers.

Sgt. Sylvia Young, who was wearing a bulletproof vest, was also sitting in her patrol car when a gunman opened fire on her, hitting her in her left shoulder, arm and torso. The shooter, who also that night fired on a 25-year-old woman, killing her, and wounded a University of Pennsylvania police officer, was later shot and killed by other officers.

According to the Philadelphia Police Department, the bulletproof windows will cost around $1,300 dollars per patrol car. For those who believe “Blue Lives” matter, the cost is well worth it.

... Adding to the concerns of Philly cops is the belief that the newly elected District Attorney does not truly have their back. Larry Krasner, a lifelong civil rights lawyer who has sued the Philadelphia Police Department 75 times, was elected DA and recently took office. The new DA has represented pro-bono anti-police organizations such as Black Lives Matter, ACT-Up and Occupy Philly over the years. What he has never done is prosecute a criminal.