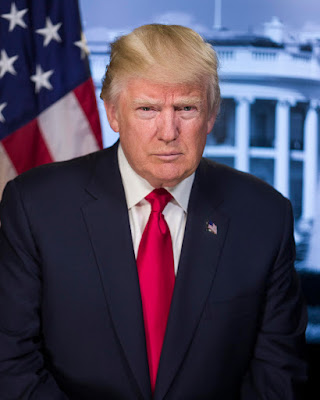 WASHINGTON, Jan. 30, 2018 — The United States faces myriad dangers from rogue regimes and global competitors, and the nation must have a strong defense to discourage these rivals and forge a world of peace, President Donald J. Trump said in his State of the Union address tonight.

The president said these regimes – including China and Russia – “challenge our interests, our economy our values.”

A strong defense is necessary to deter adversaries, the president told a joint session of Congress. “For this reason, I am asking the Congress to end the dangerous defense sequester and fully fund our great military,” Trump said.

Sequestration is a provision of the Budget Control Act of 2011 that imposes across-the-board spending cuts if Congress and the White House cannot agree on more targeted options.

The president stressed that the United States must modernize and rebuild the nation’s nuclear triad to make it so powerful that it will deter any thought of aggression by any country. “Perhaps someday in the there will be a magical moment when the countries of the world will get together to eliminate their nuclear weapons,” he said. “Unfortunately, we are not there yet, sadly.”

Trump also discussed the campaign against the Islamic State of Iraq and Syria.

“Last year, I also pledged that we would work with our allies to extinguish ISIS from the face of the Earth,” he said. “One year later, I am proud to report that the coalition to defeat ISIS has liberated very close to 100 percent of the territory once held by these killers in Iraq and Syria and in other locations as well. But there is much more work to be done. We will continue our fight until ISIS is defeated.”

The president singled out Army Staff Sgt. Justin Peck, who fought against ISIS in Raqqa, Syria. Peck was part of a team clearing a hospital of improvised explosive devices when one exploded, seriously wounding Navy Chief Petty Officer Kenton Stacy. Peck “bounded into the booby-trapped building and found Kenton in bad shape,” the president said. “He applied pressure to the wound and inserted a tube to reopen an airway. He then performed CPR for 20 straight minutes during the ground transport and maintained artificial respiration through two and a half hours of emergency surgery.

“Kenton Stacy would have died if not for Justin's selfless love for his fellow warrior,” Trump continued. “Tonight, Kenton is recovering in Texas. Raqqa is liberated. And Justin is wearing his new Bronze Star, with a "V" for valor. Staff Sergeant Peck: All of America salutes you.”

ISIS placed the bombs in the hospital to kill and maim, and the president called them plain evil. “When possible, we have no choice but to annihilate them,” he said. “When necessary, we must be able to detain and question them.”

Terrorists are not merely criminals, the president said, but unlawful enemy combatants. “And when captured overseas, they should be treated like the terrorists they are,” he said. “In the past, we have foolishly released hundreds and hundreds of dangerous terrorists, only to meet them again on the battlefield, including the ISIS leader, [Abu Bakr] al-Baghdadi -- who we captured, who we had, who we released.”

Trump said he had just signed an order directing Defense Secretary James N. Mattis to re-examine the military detention policy and to keep open the detention facilities in Guantánamo Bay, Cuba. “I am asking the Congress to ensure that, in the fight against ISIS and al-Qaida, we continue to have all necessary power to detain terrorists -- wherever we chase them down, wherever we find them,” he said. “And in many cases, it will now be Guantanamo Bay.”

The president also touted the fact that forces in Afghanistan have new rules of engagement and will work even more closely with Afghan forces. “Our military is no longer undermined by artificial timelines, and we no longer tell our enemies our plans,” he said.

The president also called on Congress to address “the fundamental flaws” in the Iran nuclear deal.

“But no regime has oppressed its own citizens more totally or brutally than the cruel dictatorship in North Korea,” he said. “North Korea's reckless pursuit of nuclear missiles could very soon threaten our homeland. We are waging a campaign of maximum pressure to prevent that from ever happening.”
Posted by Paul Davis at 2:13 AM