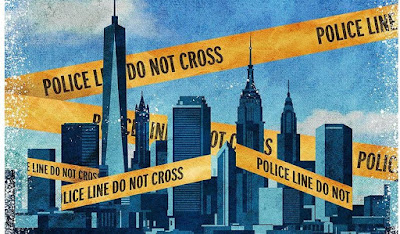 The Washington Times published my piece on crime and safety in New York City.

While most of the major felonies, including murder, rape, robbery, burglary, and felony assault, have decreased in New York City according to the latest reported crime statistics, many people there don’t feel safe.

And many, including New York Mayor Bill de Blasio’s former mayoral opponents and many police officers, dispute the veracity of the crime statistics.

Former mayoral candidate and retired NYPD detective Richard “Bo” Dietl, one of the most highly decorated detectives in NYPD history and the former co-chairman of the National Crime Commission, doesn’t buy the rosy crime stats.

“A man is mugged at knifepoint in front of St. Patrick’s Cathedral on 5th Avenue at 10 a.m. This is de Blasio’s New York,” Mr. Dietl said during the mayoral race. “The mayor fudges police statistics so he can tell people the city its safer but anyone with eyes and ears can tell New York is sliding back to the ‘bad old days,’ where crime was king and disarray ruled the day.”

... Legendary former NYPD detective Randy Jurgensen, the author of “Circle of Six,” noted that the recent crime stats did not tell the entire story. “Police today don’t arrest or even issue court summonses to people for public urination and other quality of life crimes.” 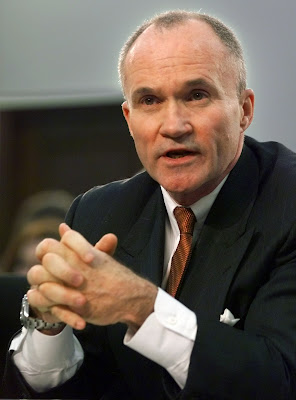 ... Former New York City Police Commissioner Ray Kelly (seen in the above photo), who oversaw a historic decrease in crime during his time as commissioner, stated on a New York radio program in 2015 that the NYPD was manipulating crime statistics. He disputed Mayor de Blasio’s claim that New York City remained the safest big city in America.

“You have to take a hard look at those numbers, and I can tell you, people don’t feel safer in this city,” Mr. Kelly told the radio host. “People say this to me all the time. And perception is reality in many instances”

You can also read my Counterterrorism magazine Q&A with Ray Kelly via the below link: