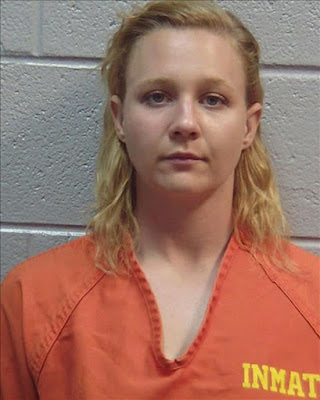 The Justice Department released the below information:
Reality Winner, 26, of Augusta, Georgia, was sentenced today to five years and three months in prison for removing classified national defense material from a government facility and mailing it to a news outlet.  Winner was arrested by the FBI at her home in Augusta, on June 3, 2017.  The parties filed a plea agreement on June 21, in which Winner agreed to plead guilty to the one-count indictment charging her with unlawful retention and transmission of national defense information.  The parties agreed that a sentence of imprisonment for 63 months followed by a three-year term of supervised release is the appropriate disposition of the case.  The Court accepted the plea agreement at sentencing.
The sentence was announced by Assistant Attorney General for National Security John C. Demers, U.S. Attorney Bobby L. Christine for the Southern District of Georgia, and Special Agent in Charge J.C. Hacker of the FBI’s Atlanta Field Office.  U.S. District Court Chief Judge J. Randal Hall presided over the hearing.
“The defendant schemed to take and disclose classified information she had sworn to protect – and then did so almost as soon as she had the chance,” said Assistant Attorney General Demers.  “Today, she has been held accountable for her crime thanks to the hard work of the Department’s prosecutors and agents.  I hope their success will deter others from similar unlawful action in the future.”
“This defendant used her position of trust to steal and divulge closely guarded intelligence information,” said U.S. Attorney Christine.  “Her betrayal of the United States put at risk sources and methods of intelligence gathering, thereby offering advantage to our adversaries. This U.S. Attorney’s Office will continue to work with the National Security Division, law enforcement and our intelligence partners to ensure such violations result in swift, certain prosecution.”
“When obtaining Top Secret clearance as a government employee or contractor, the handling of top secret information is clearly spelled out along with the ramifications of mishandling such information,” said Special Agent in Charge Hacker.  “Revealing sources and methods to the advantage of our adversaries and to the detriment of our country will never be acceptable and the FBI and Department of Justice will spare no effort to prosecute and punish anyone who would do so.”
Winner was a contractor assigned to a U.S. government agency facility in Georgia. She had been employed at the facility since on or about Feb. 13, 2017, and held a TOP SECRET//Sensitive Compartmented (SCI) clearance during that time.  Prior to that position, Winner had served in the U.S. Air Force from 2010-2016 and held a TOP SECRET//SCI security clearance.
Evidence presented at the change of plea hearing established that on or about May 9, 2017, Winner printed an intelligence report that was classified at the TOP SECRET//SCI level, and she removed it from the facility where she worked.  Information may be classified as TOP SECRET if its unauthorized disclosure can reasonably be expected to cause exceptionally grave damage to the national security of the United States.  Later on May 9, Winner unlawfully transmitted a hard copy of the intelligence report to an online news outlet. The intelligence report revealed the sources and methods used to acquire the information contained in the report, which, if disclosed, would be harmful to the United States and valuable to our adversaries.
Indeed, Winner, in an interview with the FBI on June 3, 2017, admitted knowing at the time she stole and transmitted the intelligence report that it contained information about intelligence sources and methods, which information she knew was valuable to adversaries of the United States.  Further, the information contained in the intelligence report had not been released to the public at the time Winner retained it and transmitted it to the online news outlet.  Winner, who had received training regarding the proper handling, marking, transportation, and storage of classified information, knew that she was not permitted to remove the intelligence report from the facility where she worked, retain it, or transmit it to the news outlet.
The investigation of this case was conducted by the FBI. The prosecution is being handled by Assistant U.S. Attorney Jennifer Solari of the Southern District of Georgia, and Deputy Chief Julie A. Edelstein and Trial Attorneys David C. Aaron and Amy Larson of the National Security Division’s Counterintelligence and Export Control Section.
Posted by Paul Davis at 11:24 PM