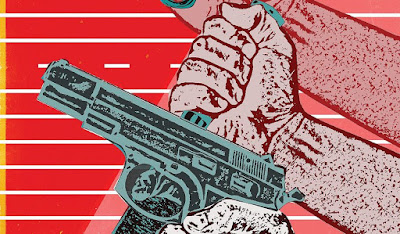 Thomas T. Cullen, the U.S. Attorney for the U.S. District Court, Western District of Virginia, offers a piece in the Washington Times.

As we enter the 2018 midterm season and the attendant legislative interregnum, Congress can and should take bipartisan action to protect us from repeat violent offenders.

In 1984, President Reagan signed into law the Armed Career Criminal Act (ACCA). Under the ACCA, felons convicted of unlawfully possessing a firearm face a mandatory minimum sentence of 15 years if they had three or more prior convictions for a “serious drug offense” or a “violent felony.”


This federal statute, along with other criminal-justice initiatives, including parole abolition, bail reform, and the U.S. Sentencing Guidelines, were passed to address an alarming two-decade increase in violent crime.

As Attorney General Jeff Sessions recently noted, between 1964 and 1980, the number of robberies and rapes tripled, aggravated assaults nearly tripled, and murders doubled.


The ACCA and these other reforms were a resounding success. Between 1991 and 2014, the murder and aggravated-assault rates decreased by half. Robberies decreased by two-thirds and rapes by more than a third.

The U.S. Supreme Court in 2015 dealt a severe blow to the ACCA and violent-crime reduction efforts. In Johnson v. United States, the Court considered whether Samuel Johnson, an avowed white supremacist who had confessed to planning multiple acts of domestic terrorism, should be subject to the mandatory 15-year sentence under the ACCA after pleading guilty to the possession of an AK-47 rifle, several other firearms, and over 1,000 rounds of ammunition as a previously convicted felon.

https://www.washingtontimes.com/news/2018/aug/2/why-congress-should-take-action-on-the-armed-caree/
Posted by Paul Davis at 9:25 AM