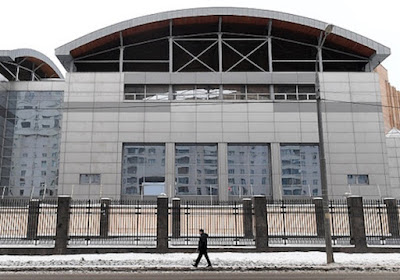 A team of Russian GRU military intelligence officers specializing in covert influence operations played the key role in the 2016 election meddling operation while working out of an office building on 22 Kirova Street in Moscow called "The Tower" by GRU spies.

Beginning in April 2016, the GRU team known as Unit 74455 and headed by Col. Aleksandr V. Osadchuk was the key player in the major Russian influence operation aimed at swaying the 2016 presidential election through covertly disseminating hacked documents on the internet.

"Unit 74455 assisted in the release of stolen documents through the DCLeaks and Guccifer 2.0 personas, the promotion of those releases, and the publication of anti-Clinton content on social media accounts operated by the GRU," the federal grand jury indictment filed July 13 in Washington says.

You can read the rest of the piece via the below link:
https://freebeacon.com/national-security/indictment-reveals-gru-role-election-meddling/
Posted by Paul Davis at 1:34 PM