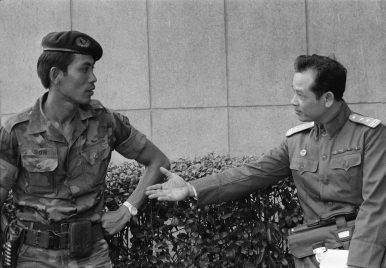 Luke Hunt, the Southeast Asian correspondent for The Diplomat and author of Punji Trap – Pham Xuan An: The Spy Who Didn’t Love Us, offers a piece on the death of Bui Tin (seen in the above photo on the right).

Colonel Bui Tin, a prominent North Vietnamese communist, journalist, and defector who accepted the unconditional surrender of South Vietnam in April 1975 has died in a Paris suburb, aged 90. His death was ignored in Hanoi.

As a journalist and propagandist — in an era that predated concepts of fake news – Col. Tin was masterful, making history when tanks stormed into the Presidential Palace in Saigon and he confronted General Duong Van “Big” Minh, the appointed leader as his country fell.

Gen. Minh told Col. Tin he had been waiting since early morning to transfer power. Tin then delivered his famous reply: “There is no question of your transferring power. Your power has crumbled. You can not give up what you do not have.”

… Following the communist victory, Col. Tin forged close ties with Pham Xuan An, the star reporter who worked in the Western media, winning the trust of Time magazine and Reuters, from his base in Saigon as a cover for his secret espionage work for Hanoi.

An also held the rank of colonel and would later be promoted to Brigadier General.

But both men had become disenfranchised with the new regime and its brand of communism that had, and still does, held little tolerance for free speech and was widely viewed by southerners as arrogant, ignorant, iron-fisted, and corrupt.

You can read the rest of the piece via the below link:
https://thediplomat.com/2018/08/prominent-north-vietnamese-communist-defector-dies/ 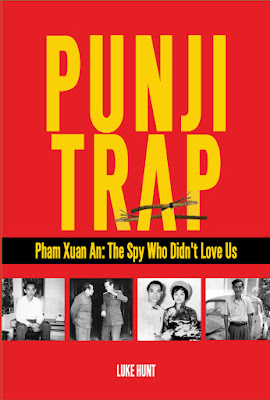