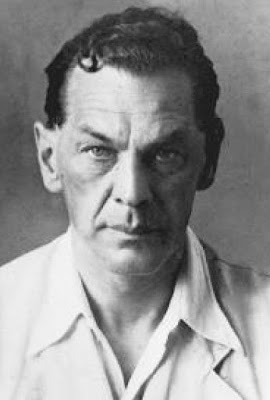 Joseph Fitsanakis at intelnews.org offers a piece on the release of Japanese documents about the Richard Sorge (seen in the above photo) spy ring in Japan during WWII.
Japan has released secret documents from 1942 relating to the Tokyo spy ring led by Richard Sorge, a German who spied for the USSR and is often credited with helping Moscow win World War II. The documents detail efforts by the wartime Japanese government to trivialize the discovery of the Sorge spy ring, which was at the heart of modern Japan’s biggest spy scandal.
Thirty-five people, many of them highly placed Japanese officials, were arrested in Tokyo in October of 1941 for spying for the Soviet Union. Sorge, the German head of the spy ring, had fought for the Central Powers in World War I, but had subsequently become a communist and trained in espionage by Soviet military intelligence. He was then sent to Tokyo where he struck a close friendship with the German Ambassador and joined the German embassy. He eventually informed Moscow that German ally Japan was not planning to invade Russia from the east. That tip allowed Stalin to move hundreds of thousands of troops from the Far East to the German front, which in turn helped the USSR beat back the Nazi advance and win the war.
You can read the rest of the piece via the below link:
https://intelnews.org/2018/08/20/01-2379/ 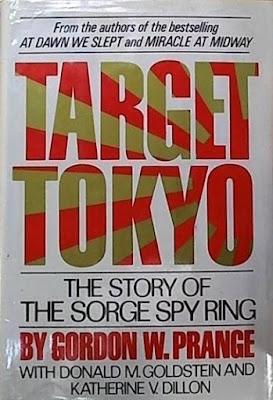 You can also read an earlier post about Richard Sorge via the below link:
www.pauldavisoncrime.com/2016/11/on-this-day-in-history-soviet-spy.html
Note: To learn more about Richard Sorge and the Japanese spy ring, I suggest you read Gordon W. Prange's Target Tokyo: The Story of the Sorge Spy Ring.
Posted by Paul Davis at 3:39 AM