My Washington Times Review Of 'Hunting Charles Manson: The Quest For Justice In The Days Of Helter Skelter' 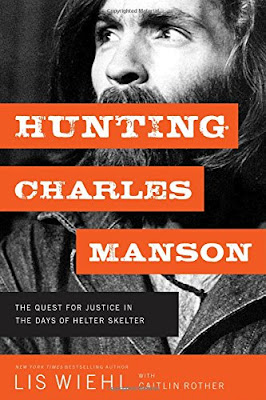 The Washington Times published my review of Hunting Charles Manson: The Quest for Justice in the Days of Helter Skelter.

Having read Los Angles prosecutor Vincent Bugliosi’s book on the Charles Manson Ttrial, “Helter Skelter,” in 1974, I thought the case was closed on Manson. But then I read Jeff Guinn’s excellent biography, “Manson: The Life and Times of Charles Manson (which I reviewed here in August of 2013).

And now I’m drawn once again to another book about Manson, who died in prison this past November. Lis Wiehl, a former prosecutor and legal commentator on Fox News and other networks, and Caitlin Rother, a true crime author and investigative reporter, look back on Manson’s life and crimes in “Hunting Charles Manson: The Quest for Justice in the Days of Helter Skelter.”

“In taking on the quest for justice in the tragedy that was the summer of 1969, I thought about what made Charles Manson do what he did,” Ms. Wiehl writes in the opening of the book. “Those killings changed American culture. People who didn’t have home alarms quickly bought as fancy a system as they could afford. Mothers began walking their children to school. And parents and children alike had trouble falling asleep at night.Charles Manson and his ‘children’ robbed America of its innocence.”

Ms. Wiehl goes on to note her appearance as the only reporter who attended the parole hearing of one of Manson’s followers, Charles “Tex” Watson, nearly 50 years after the horrendous murders. Despite her being raised in a law enforcement family and her own background in law enforcement, she, like many others, remained bewildered at why the murders occurred.

“The mystery is part of the reason behind this reexamination of arguably the most notorious crime in America history,” Ms. Wiehl explains.

https://www.washingtontimes.com/news/2018/aug/22/book-review-hunting-charles-manson-by-lis-wiehl-wi/
Posted by Paul Davis at 12:17 AM