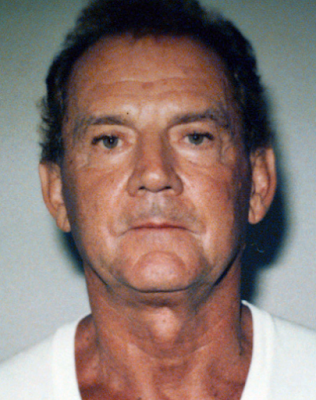 FoxNews.com reports that the former New England Cosa Nostra crime family boss, “Cadillac Frank” Salemme (seen in the above FBI mugshot), has been sentenced to life in prison.


BOSTON –  Former New England Mafia boss Francis "Cadillac Frank" Salemme was unrepentant Thursday as he was sentenced to life in prison for the 1993 killing of a nightclub owner, declaring that the "real story" will come out one day.


Salemme, the 85-year-old onetime head of the New England family of La Cosa Nostra, looked down at the table in front of him and read a document while the children of the man he's convicted of killing described the pain of losing their father and not knowing his whereabouts for more than two decades.

"While there is closure in this case, for me the healing is just beginning," Steven DiSarro's daughter, Colby, told the court. "This is not a movie. This is and has been our life: the story of a family who was robbed of the love and affection of their father."

Salemme and his co-defendant, Paul Weadick, were found guilty in June in the slaying of DiSarro, whose remains were discovered in 2016. Weadick also received a mandatory life sentence on Thursday.

You can read the rest of the piece via the below link:
www.foxnews.com/us/2018/09/13/ex-mafia-boss-cadillac-frank-sentenced-to-life-in-prison.html
Posted by Paul Davis at 9:38 PM