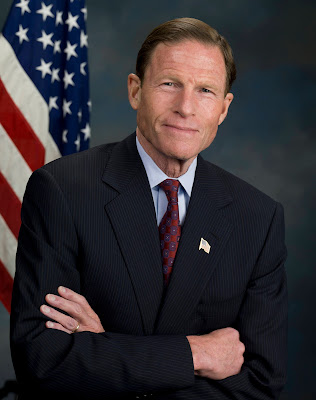 Brooke Singman at FoxNews.com offers a piece on one of Judge Kavanaugh’s critics, Senator Richard Blumenthal, who lied about serving in the Vietnam War.
At last week’s fiery hearing probing sexual assault allegations against Judge Brett Kavanaugh, Democratic Sen. Richard Blumenthal lectured the Supreme Court nominee on the implications of telling even a single lie.
“Falsus in uno, falsus in omnibus,” Blumenthal, D-Conn., told Kavanaugh, reciting a Latin phrase. “It means 'False in one thing, false in everything.'”
But Blumenthal’s own difficult history with the truth is coming back to haunt him amid the Kavanaugh fight, with President Trump and Republican senators slamming him for inflating his military service during the Vietnam War.
In the 2000s, when Blumenthal served as Connecticut’s attorney general, he began to claim that he served in the Vietnam War. Blumenthal, repeatedly, has touted his experience during the war.
But Blumenthal didn’t serve in Vietnam. He reportedly obtained at least five military deferments between 1965 and 1970. He eventually served in the U.S. Marine Corps Reserve, but did not deploy to Vietnam.
In the wake of Blumenthal questioning Kavanaugh -- who faces multiple sexual assault or misconduct allegations, which he denies -- Trump and fellow Republicans have not let him forget his own past statements.
“You have the great Vietnam War hero—who didn’t go to Vietnam—[Sen. Richard] Blumenthal,” Trump said at a rally Monday evening. “How about Blumenthal? We call him ‘Da Nang Blumenthal.”
… Amid the hearing, though, Sen. Tom Cotton, R-Ark., an Iraq and Afghanistan war veteran, hit Blumenthal for his credibility.
“.@SenBlumenthal lied for years about serving in Vietnam, which is all you need to know about his courage & honesty. Maybe he should reconsider before questioning Judge Kavanaugh’s credibility,” Cotton tweeted.
You can read the rest of the piece via the below link:
https://www.foxnews.com/politics/kavanaugh-clash-reopens-stolen-valor-allegations-against-sen-blumenthal
Posted by Paul Davis at 12:33 PM