My Washington Times Piece On No "Jane" Bond 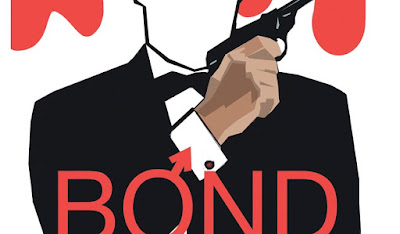 The Washington Times published my piece that gave a thumbs down on a female or black James Bond.

In a recent interview in the British newspaper the Guardian, Barbara Broccoli, the executive producer of the James Bond film series, basically ruled out the idea that Ian Fleming's beloved and iconic character would be portrayed by an actress once actor Daniel Craig gave up the role.


“Bond is male,” Ms. Broccoli told the Guardian. “He’s a male character. He was written as a male and I think he’ll probably stay as a male.”

The drive to have a female Bond perhaps began when actress Gillian Anderson retweeted a photoshopped image of her replacing Daniel Craig in a “Skyfall” movie poster.


Ms. Broccoli’s idea that film makers should let Bond be Bond and simply create more female characters of their own can also be applied to those who wish to see James Bond portrayed by a black actor.


… The late Sir Roger Moore, who died in May of last year at the age of 89, portrayed James Bond in seven films, beginning with 1973’s “Live and Let Die” to 1985’s “A View to a Kill.” He weighed in on the idea of a female, gay or black James Bond in an interview with the Daily Mail newspaper in 2015.

“I have heard people talk about how there should be a lady Bond or a gay Bond.” Sir Roger Moore said. “But they wouldn’t be Bond for the simple reason that wasn’t what Ian Fleming wrote. It is not about being homophobic or, for that matter, racist — it is simply about being true to the character.”
You can read the rest of the piece via the below link:
https://www.washingtontimes.com/news/2018/oct/23/no-jane-bond-says-007-film-producer/
Posted by Paul Davis at 11:05 PM