Welcome To Hell, Mr. Bulger: Revealed: Murdered Wheelchair-Bound Mob Boss Whitey Bulger, 89, Was 'Wheeled Away From Security Cameras By Three Inmates With Mafia Ties Before They Beat Him To Death With A Lock In A Sock And Tried To Gouge His Eyes Out' 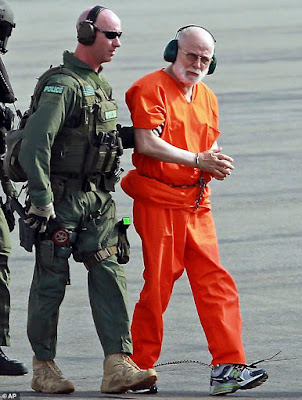 The Daily Mail offers a report on how convicted mob boss and murderer ‘Whitey’ Bulger was himself murdered.
Wheelchair-bound Boston gangster James 'Whitey' Bulger Jr. has been beaten to death in a savage attack by fellow federal inmates, who reportedly pummeled him with a lock in a sock and tried to gouge his eyes out.
Bulger was found dead by guards on Tuesday morning at USP Hazelton, a high-security federal prison in Bruceton Mills, West Virginia. He was 89.
Bulger was in general population when three inmates rolled his wheelchair to a corner out of view of surveillance cameras, beat him in the head with a lock in a sock, and attempted to gouge his eyes out with a shiv, a prison source told TMZ.


You can read the rest of the piece and view photos and video clips via the below link: 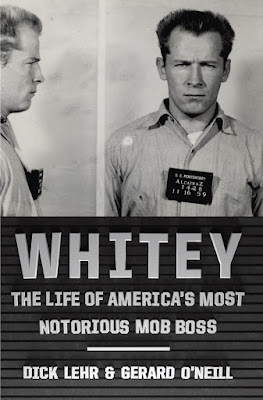 To learn more about Bulger you can read my Q&A with Dick Lehr, a former Boston Globe reporter and co-author of Whitey: The Life of America’s Most Notorious Mob Boss, via the below link: