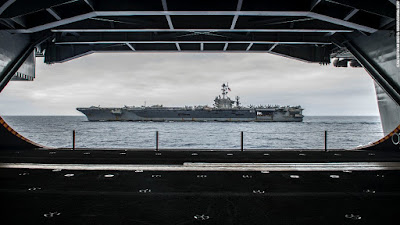 The theme for the Navy’s 243rd Birthday is “Forged by the Sea.”

A 13 October 1775 resolution of the Continental Congress established what is now the United States Navy with “a swift sailing vessel, to carry ten carriage guns, and a proportionable number of swivels, with eighty men, be fitted, with all possible dispatch, for a cruise of three months….” After the American War of Independence, the U.S. Constitution empowered the new Congress “to provide and maintain a navy.” Acting on this authority, Congress established the Department of the Navy on 30 April 1798.

In 1972, Chief of Naval Operations Admiral Elmo R. Zumwalt authorized official recognition of 13 October as the birthday of the U.S. Navy. Since then, each CNO has encouraged a Navy-wide celebration of this occasion “to enhance a greater appreciation of our Navy heritage, and to provide a positive influence toward pride and professionalism in the naval service.” 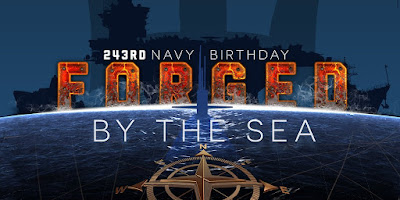 For more information on U.S. Navy history, as well as commemoration and communication resources, explore the links below:

https://www.history.navy.mil/browse-by-topic/commemorations-toolkits/navy-birthday.html
Posted by Paul Davis at 1:20 AM