The Skripal Files: The Life And Near Death Of A Russian Spy 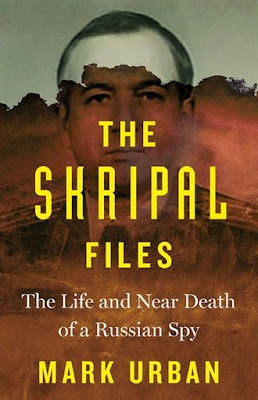 Veteran journalist and author Joseph C. Goulden offers a review in the Washington Times of Mark Urban’s The Skripal Files.


Speaking to reporters in December 2010, Russian President Vladimir Putin denied that his spy agencies had assassination squads that targeted defectors. But he voiced an ominous warning. “Whatever thirty pieces of silver those people may have gotten, they will stick in their throat.”


Despite his shortcomings as a decent human, give Mr. Putin credit: He carries out his threats. Any person unfortunate enough to cross him is a step removed from the grave.


The civilized world was shocked in March when a defected Russian intelligence officer, Sergei Skripal, and his daughter, Yulia, were stricken with a mysterious poison in the quiet British town of Salisbury. They were in critical condition for weeks but survived. Scientific tests identified the poison involved as Novichok, developed by Russia for germ warfare. It had been smeared on the door knob of the Skripal home.


Mr. Skripal, a onetime Red Army airborne colonel, had shifted to the GRU, the military’s intelligence arm. Disillusioned with the Communist regime, he tried to resign, but was refused. (As Mr. Putin himself once said, “There is no such thing as an ex-KGB man.”