How The Rolex Submariner Became An Icon And The Timepiece Of Choice For The Original James Bond, Jacques Cousteau and General Chuck Yeager. 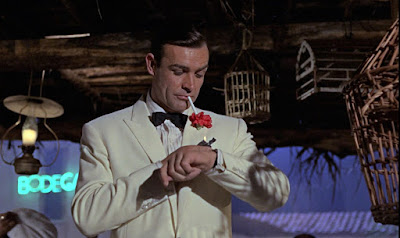 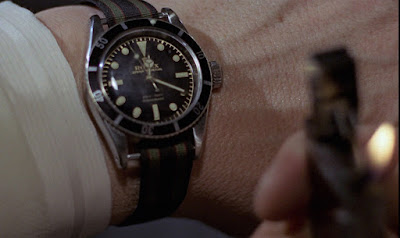 My Rolex Submariner diver’s watch is my prized possession.


As a teenager in the 1960s I saw actor Sean Connery as Ian Fleming's iconic character James Bond on the movie screen wear a Rolex Submariner and while serving in the Navy in the 1970s, I saw Navy pilots, Navy SEALs and others wear the famous watch.


As an Ian Fleming and James Bond fan, I of course wanted my own Rolex. A beautiful woman gave me a Rolex Submariner for my 30th birthday and I married her one month later.


Cam Wolf at GQ.com offers a piece on the history of the Rolex Submariner watch.


In 1973’s Live and Let Die, James Bond and the psychic/paramour Solitaire are left to die in classic extravagant-movie-villain-fashion. Kananga, the bad guy, ties Bond and Solitaire to a platform with ropes and begins to lower them into a pit of sharks. It looks like it’s all over for our hero—until he hits a button on his watch, it whirs to life, and Bond uses it as a buzzsaw to cut himself and Solitaire free from the ropes and kill Kananga. The life-saving watch? A Rolex Submariner.


While this was the first time the Sub was called to action, the watch was there from the beginning of the Bond franchise. Sean Connery wore one in 1962’s Dr. No, the very first Bond movie. And then he wore a Sub in From Russia With Love, Goldfinger, and Thunderball, too. It makes sense that the suavest man in history would wear the Submariner: the Rolex model is one of the most iconic pieces in watch history.


Rolex introduced the Submariner in 1954 as the first commercial watch that could dive 100 meters underwater. Rolex executive Rene-Paul Jeanerret happened to be an amateur diver, and friend of none other than legendary aquatic explorer Jacques Cousteau. Jeanerret convinced Rolex president Hans Wilsdorf it was time to invest seriously in a watch made specifically for divers.


The Submariner accomplished exactly that. The watch is designed for plummeting to the bottom of the sea (or at least 330 feet into it), and not just by being waterproof. Instead of numbers, hour markers come in large easy-to-differentiate shapes—an arrow at 12-o-clock and rectangles every third hour. The hour markers are also made with a material that lights up, angler fish-style. The rotating bezel lets a diver know how long they’ve been submerged. One sign that Rolex got it all right: the general Submariner design has been the inspiration for basically every diver’s watch that’s come after it.


… Now, thanks to its illustrious history, the Submariner may be one of the most instantly recognizable watches in the world.


Note: The above photos are of Sean Connery as James Bond in Goldfinger.


The below photos are Jacques Cousteau and General Chuck Yeager wearing their Rolex Submariner watches. And the bottom two photos are of me wearing my Rolex Submariner in Jamaica in the 1980s opening a bottle of Dom Perignon and of me front of a police station in South Philadelphia. 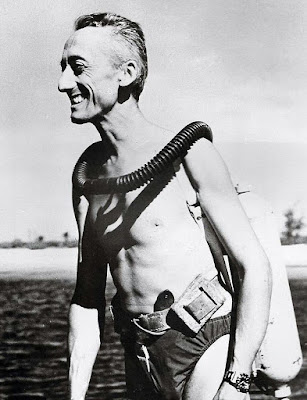 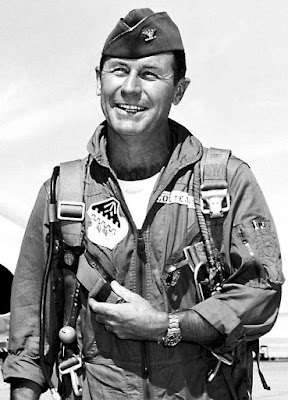 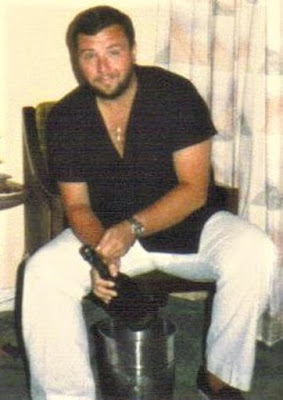 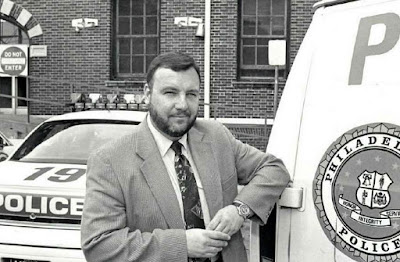