On This Day In History The American Colonies Declared Independence 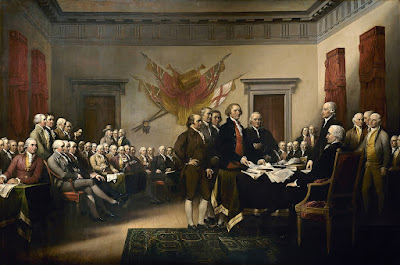 As History.com notes, on this day in 1776 the Continental Congress signed the Declaration of Independence.
In Philadelphia, Pennsylvania, the Continental Congress adopts the Declaration of Independence, which proclaims the independence of the United States of America from Great Britain and its king.
The declaration came 442 days after the first volleys of the American Revolution were fired at Lexington and Concord in Massachusetts and marked an ideological expansion of the conflict that would eventually encourage France’s intervention on behalf of the Patriots.
The first major American opposition to British policy came in 1765 after Parliament passed the Stamp Act, a taxation measure to raise revenues for a standing British army in America. Under the banner of “no taxation without representation,” colonists convened the Stamp Act Congress in October 1765 to vocalize their opposition to the tax.
You can read the rest of the piece via the below link:
Note: The above painting is John Trumbull’s Declaration of Independence. 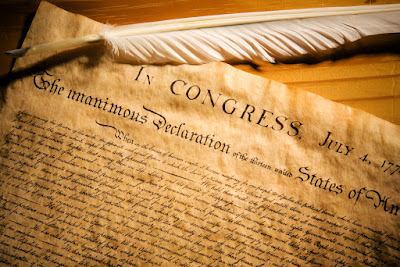