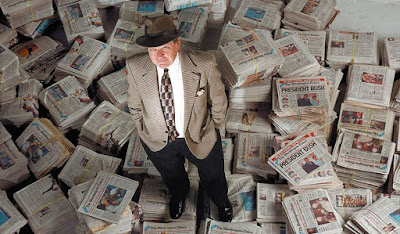 The Washington Times reports that editor and columnist Wesley Pruden has died.


Wesley Pruden would have wanted to spend his final hours at his keyboard, deftly deflating the pompous, entitled and arrogant of the political establishment, and he came awfully close.


The venerable Washington Times editor, columnist and journalism institution was found dead Wednesday morning at his home, after putting in a full day Tuesday at the newsroom on New York Avenue in Northeast D.C., where he had worked since 1982, four months after the newspaper’s founding.

https://www.washingtontimes.com/news/2019/jul/17/wes-pruden-washington-times-editor-and-columnist-d/
Posted by Paul Davis at 9:44 AM