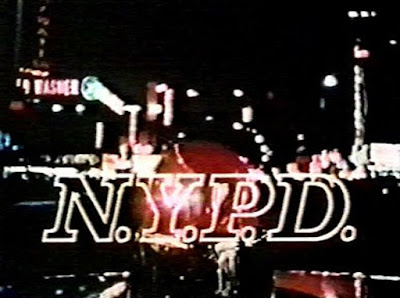 I recall that I enjoyed the show when I was a teenager, and after watching three episodes, the show appears to have held up.

Jack Warden, Robert Hooks and Frank Converse (all seen in the below photo) were the stars of the show, and many young actors, such as Al Pacino, guest starred on the program and later went on to become major film stars. 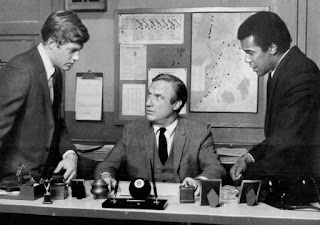 The three detectives worked murders and other crimes and the show filmed at actual New York locations. Many of the shows were based on actual crime cases.

You can watch three of the show's episodes via the below links:

https://www.youtube.com/watch?v=7O6tJNEKRf8
Posted by Paul Davis at 3:17 AM